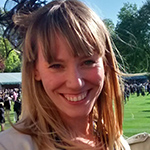 St George’s University Hospitals Foundation trust is reportedly devising a pilot scheme to ask all pregnant women to show a passport to prove their right to NHS care before giving birth.

Although in some ways this does not mark a policy change—undocumented migrants are already charged for maternity care—it marks a departure from NHS guidelines to protect the most vulnerable women in our society.

The medical charity I work for, Doctors of the World UK, runs a clinic in London where we see pregnant women in the late stages of their pregnancy who often have not had any antenatal care. Some don’t think they are entitled, or don’t know how to access the NHS, or are too afraid to. Almost all the women we see do not have passports and are not able to prove their eligibility to NHS care. This is not because they are “visitors” in the UK. On average our patients have been living in the UK for over six years and usually they are unable to return to their country of origin. They include the most vulnerable women in our society—trafficked people, those trying to claim asylum, and people living and working in exploitative situations. It is these women who will be impacted by routine passport checks to access antenatal care. Only this week our clinicians spent close to an hour with a pregnant woman trying to persuade her to attend antenatal care and not just go to A+E during labour.

Our own research on pregnant migrant women in the UK found antenatal care is frequently received late and is often lower than the minimum standards for antenatal care and subsequently they and their unborn child are at increased risk of pregnancy-associated complications.

The Department of Health recognises the importance of antenatal care for the health of the mother and the unborn child, and accepts that this vulnerable group of women need antenatal care as much as anyone else. NHS guidelines to hospitals state: “Due to the severe health risks associated with conditions such as eclampsia and pre-eclampsia, and in order to protect the lives of both mother and unborn baby, all maternity services, including routine antenatal treatment, must be treated as being immediately necessary.”

They also state that in identifying non-eligible patients hospitals must not deny, delay, or discourage patients from accessing services: “No woman must ever be denied, or have delayed, maternity services due to charging issues. Although she must be informed if charges apply to her treatment, in doing so she should not be discouraged from receiving remainder of her maternity treatment … NHS bodies should make it clear to the patient that treatment will not be withheld or delayed if they do not pay in advance or provide an appropriate EEA healthcare form.”

This is where the real problem with the pilot at St George’s lies: it prioritises the identification of patients over the hospital’s responsibility to ensure women are not deterred from accessing antenatal care.

Clearly these guidelines have been written by someone far removed from patients, all of the midwives we have spoken to want to provide antenatal care to vulnerable women without interference from bureaucrats.

The premise that this policy will save the NHS money is also misguided. The end result of this will be that more women will not access antenatal care, problems during pregnancy will not be identified, and the risk of complicated births will increase. The financial impact of a complicated birth and the ongoing healthcare costs of a child—very likely to be a British citizen with full eligibility to NHS services—as a consequence of a complicated birth are huge.

The most telling line in the St George’s report that revealed the pilot is that the Home Office is “very keen to formally support this.” This perhaps reveals the true driver here:  to use doctors, nurses and midwives as border guards. This raises medical ethics issues, conflicts with the Hippocratic Oath, and ultimately puts already overstretched  healthcare professionals in a difficult situation where they deter vulnerable women from accessing the care they need.

The government has made its intention to make the UK an increasing hostile place for migrants to live clear, making pregnant women too afraid to access healthcare to do this is immigration policy of the most grotesque order.

Anna Miller is a policy officer at Doctors of the World.