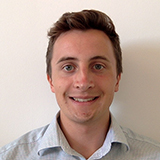 The day we have all been dreading in obstetrics and gynaecology has arrived. Some trusts started to roll out the new contract for junior doctors last week. The cancellation of strike action recently left a select few determined strike activists fuming, but while it seems most of us welcomed the decision, it has left us bereft of any plan to stop Jeremy Hunt’s new contract for junior doctors in England. We await further announcements from the JDC, who remain firmly opposed in principle to the imposition. They talk of further action not based around strikes, but there is no indication of what this might be or how it could possibly halt the juggernaut that is the 2016 deal. The regrettable failure of Justice for Health to win a favourable outcome in the High Court recently means that with just days to go before the first tranche of us sign on the dotted line, any remaining fight to prevent the new conditions being introduced is futile.

There may well be some light at the end of what has been a convoluted, several year long journey through the dingy tunnel of this dispute. Just visible through the murky gloom of the contentious terms that are being driven through at what many consider reckless speed, is our potential saviour: exception reporting.

For decades there has been a culture in the medical profession of going beyond the call of duty to make sure we get the job done. Our patients rather than ourselves are rightly our first concern. We are as a rule a conscientious bunch, often arriving at work early and leaving several hours late to ensure that we have delivered the best possible care to those who need it. Doctors frequently remain on the shop floor long past their finishing time, so as to prepare for the ward round the next morning, or to deal with a poorly, complicated patient who would otherwise require input from an overburdened on-call team.

The 2016 terms and conditions may mark a sea change in this culture. Instead of being paid on the basis of a broad banding, with some flexibility to account for the fact that you may well stay longer than you are contracted, we are to move to a system where we are paid for every hour we work. We will, to all intents and purposes be clocking in and out of our hospitals and practices. This drastic alteration to our way of working will make many of us feel uncomfortable, but we must accept that the time sheet is here to stay.

We could however choose see this dramatic change in a more positive light, as it gives us a valuable opportunity to record in real time the work we are actually doing. Previously we had a farcical system of hours monitoring, when for two weeks of every year junior doctors were instructed to scribble down on a piece of paper the hours they had worked and breaks they had taken. Few of us ever kept an accurate record, and as a result, even when there were significant problems with rotas and staffing levels it was rare that any action was taken to address them. Under the new contract we we will be able—via a mobile app or website—to file exception reports that highlight such issues, and crucially, we will be able to quickly inform senior persons within our hospitals—including the newly appointed guardians of safe working—of times when patient safety is at risk. The new terms also allow us to claim for pay or time off in lieu for work that we do which is above and beyond what is expected of us.

We have a duty to blow the whistle when understaffing compromises safety, and to enact the financial penalties that are written into the latest deal for when doctors are overworked. Exception reporting will allow us to do this clearly and simply, but for it to work effectively there will need to be a seismic change in the working culture of the medical profession. Nobody knows how much overtime junior doctors really do, but if we were accurately paid for every hour we work, the government may well rapidly find that these terms and conditions are unsustainable.

It is now inevitable that junior doctors will have to sign up to Mr Hunt’s contract, under the misguided pretence of providing a so-called seven day NHS. There are many things to dislike about the soon to be imposed terms, but if we are to continue to mount a resistance to his crusade, we need to expose the new contract’s flaws in practice.