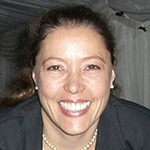 As readers of The BMJ, there’s a good chance you are familiar with the burden of disease (BoD) approach. BoD is a systematic scientific effort to quantify the comparative magnitude of health loss due to disease, injury, and risk factors by age, sex, and geography for specific points in time.

Death does not tell the full story

Public health has traditionally placed a strong emphasis on causes of death, using mortality indicators that have indeed stood the test of time. But death does not tell the full story and it’s not enough to just register why someone dies. Lives are often blighted by diseases that cause misery, disability, and pain. Back pain and depression, for example, don’t kill but shouldn’t they count and be counted nonetheless? Disability and quality of life need to take centre stage when we consider wellbeing and life expectancy.

A BoD approach makes all of this possible, which might make you wonder why less than half of Member States of WHO/Europe have attempted a BoD study. It’s not for lack of motivation. Many countries are keen to understand national and regional burden of disease but the sheer complexity of a BoD study is daunting. What’s more, BoD methodology is complex and is used in variable ways which can lead to difficulties in comparing studies and affect the quality of conclusions drawn. For policy makers, BoD can seem like one more riddle in a confusing jumble of conflicting evidence.

Empowering the use of methodology

This is why WHO/Europe has joined forces with the Institute for Health Metrics and Evaluation (IHME) at University of Washington (USA), a global leader in burden of disease methodology, to empower national experts and technical advisors to successfully deploy this methodology. At a meeting recently, hosted by Public Health England in London, participants from 10 different countries gathered together. Their shared objective was to provide strategic guidance on comparable studies across the European Region, to provide technical input on BoD methodology, and to persuade policy makers of the value of BoD evidence.

And so the European Burden of Disease Network was launched, under WHO/Europe’s European Health Information Initiative, and its first meeting achieved more than talk. By the end there were firm undertakings to develop a manual to explain BoD methodology, to share experience of international collaboration, operational requirements for studies, and to promote international and national BoD activities.

The Network will meet regularly and work has already begun on a BoD manual that helps countries to conduct these complex studies.

Claudia Stein is the Director of the Division of Information, Evidence, Research and Innovation at WHO/Europe.