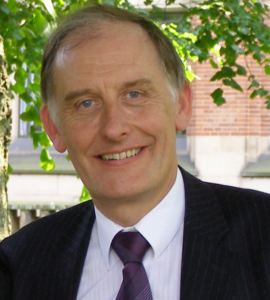 You know, it’s hard not to feel sorry for clinical commissioning groups (CCGs). Set up to allow GPs to commission services for their patients—as the ones with the best knowledge of what local needs are—CCGs have seen the continued drive to deliver more and more with less and less remove what little freedoms they may have had, and reduced most of them to scrabbling for pennies to balance the books. This is, of course, becoming increasingly unlikely and, as happens when you put people in impossible positions, decisions born out of desperation and made without consideration of longer term harms are the likely result.

Such a policy has recently emerged from Essex, where GPs are being encouraged to put up posters in their waiting rooms encouraging those with private medical insurance to use it if they are referred to hospital, and where GPs have been asked to question patients about any insurance they might have when referring. Superficially, this might seem an easy win; fewer NHS referrals, care still free at the point of need, and more money for everyone else—what could possibly go wrong?

Back to basics now: the NHS is not free, it is paid for by ourselves, and most of us do so on the basis that we pay in when we can, and in return have access to it when needed. Everyone in this country has a right to use the NHS when needed, and should be able to do so without guilt or pressure to use alternative routes to care.

The demographic with private health insurance is likely to be a group that have paid more, in absolute terms, than those less fortunate, and most of us would say “quite right too.” But to turn to them when a referral is needed and say, “actually, do you mind not using what you’re entitled to?” is hardly going to buy them into the social contract we need people to engage with if the NHS is to survive.

I’d go further, and say it was reneging on the deal.

When asked, patients only have two choices: to refuse and feel guilty, or to accept and probably face increased premiums next year. What a wonderful way to improve the doctor/patient relationship!

Words from GPs are powerful things, often meaning much more than they appear to say, and this makes me worry about the effect of the question and poster on those who aren’t insured. The unmistakeable message will be that I think they should be, and that will either increase anxiety or encourage those who may not be able to afford it to buy unnecessary and expensive policies.

There are two groups who will be rubbing their hands with glee at this idea: firstly, those who have a philosophical or political aversion to the NHS, and secondly—and perhaps counterintuitively—the health insurers themselves. Sure, they’ll have a short term increase in claims, but they can recoup this by increasing premiums, and in return they will gain a great deal. They will have turned every GP waiting room into an advertising hoarding, every consulting room into a showroom, and every GP into an unpaid and unwilling salesman.

Andrew Green is a GP in Hedon, East Yorkshire, and represents GPs from East Yorkshire and Lincolnshire on the BMA GPs committee (England), where he is the clinical and prescribing policy lead. Twitter @drandrewgreen