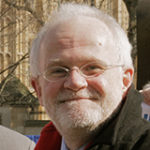 Since the Brexit referendum result, much attention has been paid to when and how the UK government will notify the European Council of its intention to withdraw from the European Union under Article 50 of the Treaty on European Union (TEU). Under this Article, the EU and the UK following that notification “shall negotiate and conclude an agreement…setting out the arrangements for…withdrawal, taking account of the framework for [the UK’s] future relationship with the [EU].” This withdrawal agreement, however, is only part—the international legal part—of the picture.

Sooner rather than later, we’re going to wake up to the domestic legal aspect. Trade unions seem to be ahead of the game, with Labour MP Melanie Onn‘s attempt to introduce in Parliament her Private Member’s Workers’ Rights (Maintenance of EU Standards) Bill “to make provision about the safeguarding of workers’ rights derived from European Union legislation after the withdrawal of the UK from the EU.” The House of Commons Environmental Audit Committee has already called on the government to “commit to maintaining in law the existing level of environmental protection currently guaranteed by EU law” as a minimum. The Health Committee’s report doesn’t mention the issue. What should the public health community be doing?

Key to answering this question is understanding the implications of the expected repeal of the European Communities Act (ECA)—a repeal that will happen sooner rather than later if Brexiteers have their way.

The ECA was initially enacted in Westminster in 1972 to enable the UK to join the European Economic Community on 1 January 1973. It gives legal effect in the UK to the EU treaties and to the various acts done under them. In the 43 years since, these acts have included hundreds of laws and decisions governing many areas of public health interest such as clinical trials; the marketing of medicines; tobacco manufacture, sale and advertising; epidemiological surveillance; coordination and information sharing for controlling communicable diseases; food and feed; quality and safety standards of human organs intended for transplantation; employment rights, such as working time and annual leave; procurement of services and goods by public bodies; competition; climate change; air quality; drinking, bathing and fresh water quality standards; and waste management. Which of these will be kept, which ones will be discarded, which ones will be modified?

It seems reasonable to assume, given the currently different political complexion of the four governments across the UK, that in many instances these questions will be approached differently—and answered differently within the terms of the devolution remits. Much will turn on the terms of any withdrawal agreement and the nature of the future UK-EU relationship. But identifying now the many EU laws that are currently part of public health laws in different parts of the UK is crucial, for reasons explained in the three scenarios below.

Directives are EU laws that are generally binding as to the result to be achieved, but Member States choose the form and methods. The vast majority of thousands of EU laws are in the form of directives which become part of UK law through secondary legislation (statutory instruments, usually regulations) made by ministers under the ECA, including by Scottish, Welsh, and Northern Irish administrations within their devolved remits. If the ECA is repealed then the secondary legislation will also fall, unless expressly saved.

So, for example, if the UK-wide Human Medicines Regulations 2012, or the GB-wide Working Time Regulations 1998 (as amended) and their Northern Ireland equivalent, or The Air Quality Standards Regulations 2010 and their devolved equivalents—all of which transpose EU directives—are to be retained in the UK or in any part of it, then the responsible legislature must say so when the ECA is repealed by Westminster. This will require careful coordination with the devolved legislatures, particularly where Westminster does not wish to save, or wishes to modify, the secondary legislation in England.

EU regulations—not to be confused with UK regulations, which are a form of UK secondary legislation—are generally binding and directly applicable in Member States without the need for any domestic legislation. They become law automatically, because of the ECA. If the ECA is repealed, there will no longer be a mechanism for them to become law, and so new UK and devolved laws would be needed if they are to be kept.

For example, the approval of medicines containing a new active substance to treat HIV/AIDS, cancer, diabetes, neurodegenerative diseases, and auto-immune and other immune dysfunctions (amongst others) is undertaken by the European Medicines Agency under an EU regulation. If the MHRA was to take over the EMA’s role—or if, as seems perhaps more likely, the EMA’s role was to be retained as it is for Iceland, Liechtenstein and Norway as countries in the European Economic Area—then new UK law will be necessary.

The ECA allows the UK to pass primary legislation—i.e., an Act of Parliament—to implement EU obligations, as does the legislation establishing the devolved bodies. Again, these obligations are contained mainly in directives but also sometimes in regulations (even though not strictly necessary) and in decisions (a third form of binding EU act but applying only to addressees). Repeal of the ECA should not directly affect any such primary legislation. This is probably the least extensive area as there are about 200 Acts that in some way implement or make passing reference to EU obligations, but they will have to be reviewed alongside the literally thousands of directives and regulations.

If the UK is to withdraw from the EU, and whatever the type of future relationship, then it is clear that a massive and unprecedented legal task will be necessary. Martin McKee, professor of European Public Health at the London School of Hygiene and Tropical Medicine, suggested in a previous BMJ blog that it could take a decade. The risks of losing hard-fought public health gains over many years, and the prospect of different parts of the UK legislating differently, are equally obvious. Those concerned to protect these gains need to start working in earnest now.