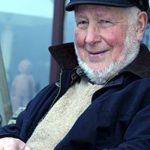 Until the BMA rejected the government’s contract imposed on junior doctors in NHS England, negotiations were conducted in conventional diplomatic terms, based on a shared hypothesis that all contestants played an open hand, meant what they said, without covert motives.

58% of junior doctors have now indicated that they are no longer willing even to pretend that they believe this conventional hypothesis. Discussion should now include other more plausible hypotheses.

Since 2008, we have entered a time of profound instability and change. My lifetime roughly coincides with the conception, birth, and extremely prolonged adolescence of the NHS (I believe no government so far has allowed it to reach maturity). Its birth, through the NHS Act of 1946, was the most powerful product of a tidal wave of popular anger accumulating since 1918, which swept aside every authoritative political forecast. I think this history is important for understanding our position today.

Prewar economic assumptions fell everywhere like ninepins. Virtually all Western governments adopted interventionist economic and social policies. Friedrich Hayek, the most influential contemporary advocate for free market competition, was so alarmed that he convened an international conference of established economists in Switzerland in 1947 to “discuss the state and possible fate of classical liberalism, and to combat the state ascendancy and Marxist or Keynesian planning sweeping the globe…” Milton Friedman and his Chicago school of economists, and many think-tanks derived from this initiative, including the Institute of Economic Affairs in London, the Heritage Foundation in Washington, the Manhattan Institute for Policy Research in New York and many other privately funded think-tanks in both the UK and US.

More than any other socialising reform, the NHS Act challenged the foundations of liberal market philosophy. It made healthcare, hitherto a traded commodity of rapidly rising value, into a social gift, funded almost wholly from progressive taxation and available to all according to need. According to classical market economics, this was bound to fail: at zero cost, commodities must evoke infinite demand. In practice, however, the NHS thrived. A Conservative government inquiry into NHS costs concluded that the NHS was operating effectively and efficiently, despite gross underfunding. From then on, every Conservative UK government until 1979 accepted the NHS as a permanent British institution, essential for political survival of any elected government.

The election of Margaret Thatcher in 1979 began what soon became a virtually worldwide return to liberal free market philosophy among people with established authority. This was reinforced by an equally fashionable flight to the quasi philosophy of postmodernism, effectively denying the validity of any comprehensive world view devised by human minds, but accepting market decisions as closer to objectivity and impartiality. Every major step towards a more equal sharing of wealth and power achieved after 1945 through state intervention has now been either destroyed or called into question, except for the NHS. It is the last fortress still standing, to recall postwar hopes of a new and better society. Wherever power lay, the assumptions of deregulated liberal economics ruled virtually unchallenged for more than twenty years—enough for most NHS administrators to adopt a new culture, barely distinguishable from the world of business and profit.

Possibilities of global market failure reappeared with collapse of Lehman Brothers in 2008, but the culture of NHS business survives where public and professional opinions are supposed to be made, among people who see the world from the top of the heap. Lower down, in the real economy, including NHS staff, it is losing its grip.

Why did our government have to initiate a collision with its NHS workforce in England, when regional governments in Scotland, Wales, and Northern Ireland were managing equally well (or badly) without it? Why was it found necessary to impose added workload on an already understaffed and underfunded service? Should we not recognise at least the possibility of a different hypothesis: that in the eyes of majority public opinion, responsibility for collapse of the NHS as we have known it might seem transferable from government to healthcare professionals?

If this hypothesis were true, it would suggest an extremely dangerous gamble, an act of desperate stupidity. But without some such move, economic sustainability for the NHS seems to become ever more remote. The gap between what could be done, and what actually is done, threatens to become socially intolerable—not because our population is becoming older and sicker, but because useful scientific knowledge will continue to grow exponentially and irresistibly, and with it, the social duty to apply that knowledge wherever it is needed. No elected government can afford to be seen as responsible for evading this duty; so a plausible scapegoat must be found.

Finally, in the marketplace, none are seen as morally responsible for choices collectively made. Marketisation offers an anonymous executioner, for inhuman social changes likely to concentrate even more wealth and power into even fewer hands. The NHS could then become a threadbare charity, available to avoid the embarrassment of visible untreated illness.

Sadly, this hypothesis now seems to have more explanatory and predictive power than conventional pretences that both medical science, and staff privileged to apply it to real communities, can defend their integrity by pretending to believe whatever good manners demand.

Our free NHS represents an increasingly rare space within which to learn, in many dimensions, how to share our planet with all who live in it, developing policies based on real evidence, serving all of the people. Hold on.

Julian Tudor Hart worked as a GP in Wales for more than 30 years and is President of the Socialist Health Association. He is the author of many books, including The political economy of health care. A clinical perspective.