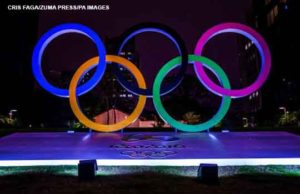 The Olympic Games are over, and what a wonderful two weeks they were. We finished the last events at the Olympic Stadium the day before the last day and there was a slight element of going mad. Hundreds of volunteers flooded onto the track. Shirts of different colours were swapped, and there were selfies and mass group photographs in all directions. No one was immune from the wonderful Brazilian enthusiasm for having good time.

Since then, I have been relaxing in Rio with more time to myself waiting for the Paralympics. I took the opportunity to visit The Casa Brazil, where the hosts set out their economic and other achievements. All countries operate these, but those are more to promote businesses. The Casa Brazil was about … Brazil!

I was impressed by one section. “Mais Medicos” (More Doctors) is a programme to bring medical care to the rural population in South America’s largest country. While they have increased the number of student training places, they still recruit doctors from all over the world, and in three years have been able to post a doctor, and staff in all of the thousands of municipalities that previously had none. That this was necessary was an indication of the imbalance in healthcare for the poor beforehand, but that it has been achieved is enormous. The problem will be to maintain the effort in Brazil’s difficult economy.

John Davies is a consultant anaesthetist in Lancaster who has been volunteering at the Olympic Games in Rio.