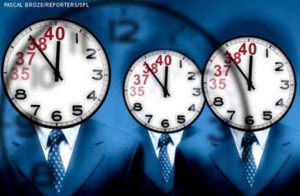 The President of the Royal College of Surgeons of England suggested recently that leaving the EU will allow surgeons to undergo thousands of hours of extra training. Following the Brexit result, we are faced with the potential revoking of the European Working Time Directive (EWTD). The anti-EWTD-ers may now see their dreams come true, and this argument evokes significant similarities between the anti-EWTD debate and the mendacious EU referendum campaign.

If a mantra is repeated for long enough, it is adopted as accepted wisdom. This was the case with the anti-EU rhetoric which most newspapers popularised for decades. Former college presidents and senior surgeons have lined up over the years to deliver withering views on the 48 hour week, with soundbites describing a clocking off culture, a lazy and unskilled workforce, and a law designed for Spanish lorry drivers that failed spectacularly. Prime ministers have been lobbied, petitions written, articles published, but seven years after the full implementation of EWTD the rhetoric continues unabated.

Similarly to the Vote Leave campaign and its dodgy £350 million per week claim, there is reluctance to engage with all the facts and misinterpretation of data from the anti-EWTD camp. From 2003/4 to 2013/14, in the NHS in England, the population increased by >4million, consultant episodes of care by 5 million, hip replacements by 34,000, and written complaints by 41,000. The NHS is getting busier, the population is getting bigger, older, iller and more demanding, and there is (rightly) a greater focus on consultant led care and transparency of outcomes data. But the anti-EWTD campaign focuses on one simple fact; working hours have decreased, therefore our surgeons cannot train properly. Association is mistaken for causation, and a simple lie is more alluring than a complex truth.

David Cameron’s greatest weakness during the EU debate was that he had no answer to the migration question, or rather, no answer he was prepared to admit. He could not explain to his electorate that the reason for huge pressures on school places, housing, and NHS waiting times was due to failure of investment by his government, not immigrants, and so the Brexiteers ran amok. Likewise, it is very difficult for those responsible for delivering surgical training to admit that they are presiding over its demise, which makes tackling its multiple complex causes all the more challenging. Scapegoating absolves those who run a government or surgical training of responsibility for its failure. Vote Leave successfully blamed migrants, and surgeons have blamed EWTD.

Misappropriation of blame leads to a harkening back to the good old days, the golden era when Britain was British and junior surgeons could whip out an appendix unsupervised in the middle of the night, possibly singing the national anthem as they did so. For “make Britain great again” read “make training great again.” Britain is no longer a land of pork pies, cricket, and steel production, and surgery is no longer a craft for swashbuckling risk-takers. We now have pre-operative risk assessments, WHO checklists (god forbid introducing an intervention which almost halves mortality and reduces morbidity by one third) and safe working hours for surgeons. The challenge is how to make things work in the new world, not wishing for a bygone era. How do we deliver training in an increasingly pressured NHS? How can junior surgeons operate when there is a focus on consultant led care?

In the new world of Brexit, leave voters may realise that their wildest desires might not come true; free movement of people might not end, and certain EU regulations will still need to be met. If EWTD is revoked, the magic wand has been waved, and surgical training is cured. Or, there could be a supply of cut price surgeons working extra hours and still not learning to operate. The EWTD argument is the overly-curved banana of surgical training. Junior surgeons need whole system change in order to learn properly.

One thing is for certain, if EWTD stops, there is nowhere to hide, and the buck stops with the Royal College of Surgeons.

Peter Thomson completed core surgical training in London in October 2015 and is currently on secondment as a National Medical Director’s Clinical Fellow based at the Health and Social Care Information Centre.

Competing interests: I have read and understood the BMJ Group policy on declaration of interests and declare the following interests: none.