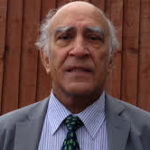 The campaign by the late Kate Granger helped to raise the profile of staff introducing themselves to patients by saying their name. Words used in healthcare matter. Communication lapses are one of the major sources of error in patient safety. Confusing drug labels can be fatal. Yet we often fail at the simplest level of using names and titles correctly.

This was brought home to Kate Granger (pictured right) when the doctor who told her that her cancer had spread apparently did not introduce himself and did not even look at her. Thus began Kate Granger’s “#hellomynameis campaign, which should continue after her death. [1]

Patients (and staff) generally want to know three things when they meet healthcare professionals—their name, their job, and their seniority.

Yet they are often faced with differing titles and grades across differing specialties, which at best can result in confusion and at worst in misidentification and adverse consequences for patient safety. It is clear that patients and some staff can get confused by names and badges that are used. [2-3]

Just as Agenda for Change brought uniformity to salary bands across a number of disciplines in the NHS, there is a need for a similar uniformity in titles. The term “consultant” is now widely used in healthcare, with the title of “nurse consultants” being prevalent since at least the 1990s. [4]

Healthcare staff are usually at four levels of knowledge, skills, and experience—newly qualified, several years into training, at an advanced level of training, and in an established senior post. The debate was triggered again last week when the president of the Royal College of Surgeons of Edinburgh called for the introduction of a new term to describe doctors in training rather than “junior” or “trainee” doctors.  I propose the following terms be used for doctors, giving as an example the specialty of orthopaedics, with one line for the name and two lines for the title:

This same terminology for titles could be used across clinical specialties—nurses, pharmacists, clinical psychologists, etc. and it could even be applied to those in management roles.

It would thus bring a uniformity and clarity to patients who often have to deal with different specialists and varying grades at the same time. In the case of clinical psychologists, for example, there would be four grades and titles:

The design and legibility of patient wristbands have been shown to impact on patient safety, but relatively little attention has been paid to the design of staff name badges. Why have ‘My name is’ name badges if they are not clear enough to be easily read by patients or staff? [5] 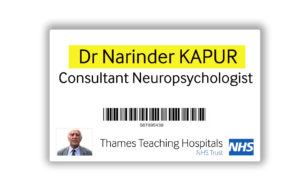 It would seem sensible to have the title (e.g. Dr), the first name (John) and the second name (SMITH) stand out. The surname could be in bold and upper-case Arial font.

The size of the font should be such that the text on the badge can be easily read by most individuals at a distance of six feet. This would probably mean having badges that measured approximately 9cm by 6cm, with the text written in 24pt font size.

With patient-friendly titles and badges, we can help to keep Kate Granger’s legacy alive.

I am grateful to Dr Veronica Bradley and Sir Brian Jarman for their comments on this article.

Competing interests: The author is a member of the Royal College of Surgeons’ Confidential Reporting System for Surgery (CORESS) advisory committee. He also offers workshops in unconscious bias at www.cogbiasnhs.com and mentoring and support services to doctors at www.docsupport.co.uk.