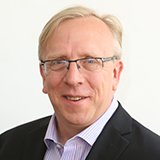 A great deal of the current focus in the NHS is on the financial challenges it faces. These are undoubtedly severe, but I think they may be obscuring a problem that is at least as serious: the state of the workforce. There are a number of inter-related components, including poor morale, bullying and looming shortages in key areas.

In our latest survey of 100 health leaders, the majority of panellists report worsening morale in their area over the last six months. Some of their comments are very telling, and many point to the extent to which financial problems—and the local uncertainty this creates—are themselves becoming a factor in deteriorating morale:

“Whilst morale is holding, there is a creeping sense of inevitability and acceptance that failure will happen at some point—whether it be financial failure or failure to meet targets.”
Healthwatch representative

“With the increasing financial challenge, we have seen an inevitable increase in focus on the finances. For many staff, the perceived move away from a positive focus on system redesign and improving care to a cost-saving environment has been demotivating.”
CCG leader

“Central interference and micromanagement is having a negative effect.”
CCG leader

The long-term and apparently uncontrollable growth in workload, in terms of both numbers of patients and the intensity of the work, is a concern that is reflected in our survey results, with 77 per cent of panellists citing increased workload as the number one reason for a decline in morale.

The impact of increasing workload is exacerbated by growing staff shortages. There are reasons to be very concerned about the long-term supply of staff in a number of areas. There has been a failure to plan the workforce to meet the demands of patients today, rather than the financial constraints of several years ago or the ambitions of different professional groups. This has often been compounded by short-termism—for example, by reducing investment in specialist nurses.

When combined with long periods of pay restraint, it seems to come as a surprise to some that staff use agency work as a route to restoring the real value of their earnings, and en route discover more flexible work that they can control. This is how labour markets work, even if policy-makers—who otherwise believe in markets—wish it were otherwise.

Organisations depend on their psychological contract with their staff. With the growth in agency use and rising vacancies; the junior doctors’ strike; nurse protests over bursaries; and early signs of brewing unrest from ambulance workers, is there reason to be concerned that this is now being undermined?

Psychological contracts are fragile. Once broken or tacitly rewritten, they cannot be easily reset—something will have been lost. This makes the job of getting staff behind some of the change programmes that are going to be needed even more difficult. It also makes the day-to-day work of health care more difficult. Writing in The Guardian, Marcus Powell of The King’s Fund points out that health care organisations cannot expect compassion and kindness if they cannot give their staff the environment, rewards, and the kindness that they need to be able to provide this to others. This will become even more of an issue in the future, since it is very likely that getting the provider sector back into balance will require headcount reductions and the remaining staff being asked to work harder.

This situation is made worse by what is in some places a toxic mix of anxiety, bullying, and demands for action, which makes leadership roles unattractive and undoubtedly has serious effects on the effectiveness of organisations and the experience of staff. Writing in a blog for The King’s Fund, Michael West points to evidence that bullying can permeate five levels down an organisation from where it starts. There is little chance to repair this damage without high-quality people being willing to take the risk of taking leadership positions.

Financial problems can be rectified with few long-term consequences other than the legacy of underinvestment in capital, maintenance and training. These are serious, but may be obscuring the workforce problem, which may be even more difficult to fix. Once the psychological contract with staff is broken, it may be impossible to reverse.