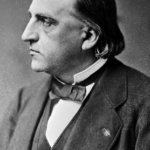 Martin Charcot (pictured) (1825-1893) was one of the great pioneers of neurology—the so called Napoleon of the neuroses. He was the first to describe multiple sclerosis, named the “shaking palsy” Parkinson’s disease, and bestowed the eponym for Tourette’s syndrome in honour of his student Georges Gilles de la Tourette. (His other later famous students included Sigmund Freud.)

Less well known is Charcot: photographer, artist, actor, mimic, and showman—the Carl Sagan of his era. But while the astronomer Sagan presided over what was the most watched series in public television history (500 million viewers in 60 countries), Charcot’s public audiences were restricted to capacity crowds at his acclaimed Friday morning lectures, attended by “authors, journalists, leading actors and actresses, fashionable demimondaines.”

It is Charcot, science communicator and communication innovator, who shines through in an exhibition at the Royal Society of Medicine (RSM), London, about his life at the world’s largest hospital, the Pitié-Salpêtrière in Paris, with its—at one time—10 000 patients and 300 prisoners.

He combined his passion for art and science to advance knowledge of a wide range of conditions, including locomotor ataxia, muscular dystrophy, and hysteria. For example, he made sketches of his patients and used his knowledge of art history to identify, in the work of artists from centuries before, clinical signs and symptoms in his patients.

Charcot also used photography to provide an “objective” record of patients’ symptoms. He insisted: “I am a photographer. I only observe, nothing more.” His editors claimed that the pictures made it possible to “freeze the abnormality, to decompose the various abnormal movements one by one, and thereby capture the disorder with precision.” These claims are open to question. Long exposure constraints meant that subjects had to remain immobile for several minutes. Robert Greenwood, RSM heritage officer and the exhibition curator, said: “It is possible to see these depictions as staged, posed, manufactured, and far from spontaneous or objective.”

Charcot’s bizarre sense of theatre included imitating the behaviour, gait, and voice of patients before introducing them to his audience, and using women in hats with very long feathers as props in lectures on tremors. The trembling of the feathers was reported to enable audiences to distinguish the specific characteristics of tremors of various diseases.

It would be wrong to conclude, according to contemporary accounts, that this kind of out and out showmanship eclipsed the science. His lectures were praised as models of lucidity and concision, and “his audience never found it too long, even when the topic concerned rare organic brain diseases” and the talking went on for two hours.

Two decades after his death Carl Sagan is remembered as one of the greatest scientific communicators of all time. The theoretical physicist Stephen Hawking, the primatologist Jane Goodall, and the writer Carl Zimmer have also been singled out for their contributions to promoting public understanding of science. But Charcot may have the edge in this pantheon. Am I right in concluding that he may have been the first multimedia communicator?

The exhibition in the RSM Library runs until 23 July 2016 and is open to all.

John Illman is a freelance writer and media trainer and a former chair of the Medical Journalists’ Association.