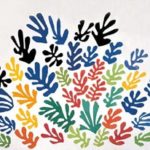 Are there lessons in the life and work of French artist Henri Matisse that could help regulators navigate the brave new world of digital healthcare? How can the experience of Matisse—who radically and constantly reinvented himself throughout his career—support organisations with responsibility for regulating apps and other innovations, such as the US Food and Drug Administration, and the Medicines and Healthcare products Regulatory Agency?

At Our Future Health, a conference on healthcare innovation held in the Dutch city of Nijmegen last week, Hans Schoo, chief inspector in the Dutch health inspectorate with responsibility for medical technology, said regulators’ natural conservatism could draw inspiration from Matisse’s later career.

The artist experimented with large scale cut paper collages for the last 14 years of his life before he died in 1954, calling it “painting with scissors.” Can decoupage, as the technique is called, unleash regulators’ creative spirit?

Like Matisse, Schoo’s career has known many phases. A nurse, he joined the inspectorate last year after studying art history in Amsterdam.

He said: “Patient safety is very important for us. We assess new things based on existing laws and regulations, which are, by their nature, conservative. We don’t want to put a brake on things but when, for example, you have a diagnostics app, we want to see that it’s really safe.”

Inspection teams, he added, sought reassurance about governance, data security, and public protection, but his inspectorate’s future challenge was to “keep up with and understand the avant-garde” as innovations are introduced.

The artist’s career certainly reflected this view—he changed direction constantly. In the early years of the 20th century, he espoused Fauvism before flirting with Cubism, and he regularly switched from painting to drawing, and sculpture. Schoo told the conference when Matisse started experimenting with collage, he was seen as old-fashioned and no longer cutting-edge.

Can regulators apply this creativity when patient safety is at stake? And, more importantly, should they?

Schoo told the conference: “Sometimes we ask uncomfortable questions and you have to answer them. Going back to Matisse, I would like to use scissors, not to cut you, but to shape things, to make beautiful forms.”

For delegates attending the conference, which included health start-up entrepreneurs, the inspector’s notion of “beautiful forms” probably meant a more solutions focused approach to regulation, looking for opportunities alongside risks, seeing the potential in new technology, even when it is adapted from other applications such as Uber, property websites, or online banking.

Certainly, the conference included clinicians who have taken risks with their careers.  One doctor, Nettekee Koster, had taken part in the annual Hacking Health weekend a few days earlier. At the time she was working as an IT consultant, but is now rethinking her career after her team’s app prototype aimed at reducing hospital infections caused by urinary catheters won both the Leiden and national heat.

She told Our Future Health: “Each year 52 000 people get hospital infections related to urinary catheters. They are preventable. We managed to create a working prototype over one weekend, which allows patients to be better informed with shared decision making.”

Jeeshan Chowdhury, a Canadian physician who co-founded Hacking Health and the diagnostic point-of-care tool Listrunapp, told the conference: “As a doctor you hear no all the time, and this culture of no has been very difficult for me. My first hackathon was a place where no did not exist. No, I realised, was replaced by ‘Why not?'” 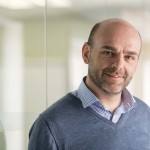 The Our Future Health conference was organised by Lucien Engelen, director of the medical faculty’s REShape Innovation Center and leader of its Patients Included kitemark. The BMJ received one in June 2014 for its patient partnership initiative.