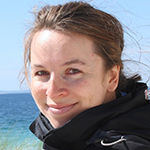 It’s ironic, isn’t it? Even as last ditch truce talks to settle the junior doctors’ dispute got underway this week, UK health secretary Jeremy Hunt has come under fire yet again for going to war with doctors on the flimsiest of pretexts.

Yesterday, a stroke physician from Oxford University, Professor Peter Rothwell, talked about research that revealed that Hunt’s spin about excessive weekend deaths from strokes is based on assumptions as spurious as they are alarmist. The large scale study shows that over a third of patients recorded as being admitted to hospital for a stroke had actually been admitted for other reasons—particularly the routine, low-risk procedures that tend to be carried out Monday to Friday. These administrative coding errors distort the mortality statistics, erroneously making weekdays appear safer than weekends.

So much for Hunt’s unequivocal assertion last July that: “around 6,000 people lose their lives every year because we do not have a proper seven day service in hospitals.”

Ever since the health secretary effectively accused doctors of killing patients by being too lazy to work weekends, we’ve found it hard to trust him. To play fast and loose with statistics—twisting them to serve his political ends—is a particular affront to doctors, who are steeped in a culture of evidence based medicine. We knew he wanted a swift end to the junior contract negotiations, but did he really think insulting every one of us was a smart way to achieve this?

The fact is, when it comes to spin, Jeremy Hunt can’t help himself. Even now, as supposedly “precondition-free” negotiations get underway, he’s forced the BMA to sign a document promising to focus on Saturday pay. For Hunt, it seems, a “safe space” for talks requires a prenuptial.

What does it take for him to realise that no matter how he tries to spin it, this dispute is not—and never has been—simply a matter of Saturday overtime? That line might have worked for a time with the right wing press, but it’s only ever infuriated doctors.

If Jeremy Hunt really wants to resolve this dispute, he needs to confront why we actually oppose his contract. He can continue pretending we’ve all been brainwashed by the BMA, but the fact is, we’ve reached the end of our tether. We are overworked, exhausted, demoralised, and low. We’re quitting the NHS with unprecedented alacrity. And as much as we love our patients, we detest with equal passion the working conditions that make it almost impossible for us safely to look after them. A contract that stretches us more thinly still across seven days, not five, will only serve to drive more of us away. A contract that discriminates against women, fails to protect us from excessive hours, and exacerbates the recruitment and retention crisis will quite simply never be tolerated.

If Jeremy Hunt cared one scrap for patient safety, he’d be wise not to ignore our genuine concerns this week.

Rachel Clarke is a junior doctor working in Oxford as a CT2 in Infectious Diseases.