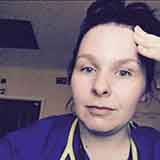 As with most things in life, the best solutions are often the most simple, and with retrospect, they were glaringly obvious. The resumption of talks between the BMA and the government was facilitated by our royal colleges suggesting nothing more complicated than a five day pause. A ceasefire called for by the natural mediators. What could have been more obvious or simple?

Now the negotiators for both parties are rising to an almighty challenge with the weight of an entire profession and the UK public resting on their shoulders.

As doctors, we routinely plan to avoid the worst possible outcome i.e. death, or survival with an unacceptable morbidity burden. In the case of junior doctors versus the government the worst possible outcome would be a failure to achieve a negotiated settlement that is acceptable to all. But pragmatically, an agreement acceptable to all is now impossible. Too many junior doctors have been angered and hurt. Therefore, the government has already failed and we are paying the very real price by losing junior doctors from the NHS.

The current pause presents the negotiators with a real opportunity to come to an agreement that satisfies the majority. Failure to achieve this could have catastrophic consequences for medicine as a profession; the public who will suffer from the inevitable industrial action; our precious NHS and, lastly, the politicians with their careers on the line.

If the majority aren’t satisfied then the Junior Doctors Committee (JDC) will find themselves in an uncomfortable position. They asked for a “Yes, Yes” vote when they balloted for industrial action (October 2015) and their members dutifully gave them the powerful bargaining tool they needed. With eight days of strike action under their belt they know that junior doctors can refuse to participate in elective care with minimal disruption. They know that even emergency care can be withdrawn by junior doctors and the consultant body will rally round to safely provide care. Just because junior doctors can safely withdraw emergency care doesn’t mean they should and so the JDC must wield this hugely powerful mandate responsibly. The balance they need to strike should minimise risk and harm to patients and doctors alike, yet demonstrate to a belligerent government that the resolve of junior doctors will not break without a fair and safe contract. Nothing short of a sustained, low risk plan of industrial action will achieve this.

Again, if the majority cannot be satisfied then the government will need to be mindful of how it exercises its power. Just because it can “introduce” a new contract does not mean that it should. As a majority government they can afford themselves the time required to digest new studies on weekend deaths and allow civil servants to engage with the medical profession to produce robust health policies that not only fit their election manifesto pledge but can be delivered.

The government would do well to remember that the NHS is bigger than one man and his political party and its power is greater than the government that seeks to control it. If it all goes awry after the pause, would it really be so bad to start back at square one and introduce a brand new contract in August 2017? Surely returning to the drawing board is the simple, obvious solution that looks far more attractive than hordes of striking disillusioned junior doctors during an inglorious summer?

Whatever the outcome of this pause, there is an inherent safety in numbers. So while it may be impossible to satisfy every junior doctor, the majority really must be an outright majority because the new contract, in whatever guise, will be an enduring one, neither junior doctors nor politicians will wish to disturb the dust when it finally settles.

Janis Burns is a core anaesthetic trainee based in London.

Competing interests: I have read and understood BMJ’s policy on declaration of interests and declare that I am a junior doctor in training and member of the BMA.