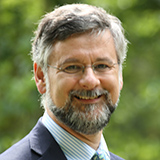 Doctors and patients are confused by PSA testing. In January 2016, the UK National Screening Committee recommendation concluded that “Evidence shows a benefit of prostate screening to reduce prostate cancer deaths by 21%. Despite this significant reduction, the major harms of treating men who incorrectly test positive still outweigh the benefits. A systematic population screening is not recommended.” This is in line with the US Preventive Services Taskforce which also recommends against population PSA screening. In March 2016, Public Health England (PHE) published a Prostate Cancer Risk Management Programme and the charity Prostate Cancer UK simultaneously published a set of consensus statements on who should be tested. Do these sets of guidance agree with each other, and do they help doctors and patients?

All three sets of UK guidance are clear that population screening for prostate cancer should not be introduced when the best test available is PSA. PSA carries a high risk of false positives, leading to invasive biopsies which carry a small but significant risk of septicaemia as well as having a significant false negative rate. Current tests distinguish poorly between aggressive cancers that need treatment and those which present little threat to the patient’s life—80% of 80 year old men have histological evidence of prostate cancer but only 2 in 50 men die from prostate cancer. Magnetic resonance imaging offers some prospect of more accurate assessment of men with high PSAs, possibly before prostatic biopsy. Subsequent treatments for prostate cancer carry a risk of major side effects including impotence, incontinence, and secondary tumours.

PHE advises that “the PSA test is available free to any man aged 50 or over who requests it after careful consideration of the implications.” They suggest that GPs should not proactively raise the issue of PSA testing with asymptomatic men but are concerned that “a full and balanced view of the potential benefits and harms may not always be conveyed.” A family history of prostate cancer (especially below the age of 60 or several relatives affected) increases the risk of prostate cancer, as does black ethnicity (Asians having a lower risk than the White population). The presence of urinary symptoms should also lead clinicians towards recommending the test, in line with NICE guidance. The guidance concludes “Due to the uncertainties surrounding PSA testing and treatments for prostate cancer, it is imperative that men who request a PSA test receive balanced information about the pros and cons to assist them in making an informed choice about being tested”

Prostate Cancer UK consulted widely before producing a set of consensus statements and a policy statement. The consensus statements were developed using a Delphi survey involving several hundred clinicians, around half of whom were GPs. These statements are largely in line with other guidance, though with some differences. The statements encourage GPs to talk to men at higher risk about the benefits and risks of testing, and advise that men at higher risk should be able to be tested from 45 if they wish. They advise that men who have PSA testing should also have a digital rectal examination. More controversially, they suggest that men over 40 might consider a ‘baseline’ PSA test as high-normal values may predict future risk of prostate cancer.

So what should GPs do? The guidance statements, especially those from Prostate Cancer UK are likely to increase the number of men wishing to discuss PSA testing, but GPs are still faced with a poor test for an unpredictable disease. Better tests that would allow improved risk based assessment are badly needed and research in this area is underway. Prostate Cancer UK is investing £2 million to develop a risk prediction tool that can be used to identify men at high risk of aggressive prostate cancer. In the meantime, these guidance statements should help patients to access reliable information about the risks and benefits of testing before making decisions for themselves.

Prostate Cancer UK is running a webinar for health professionals on 15th April (12.30-1.10)

Martin Roland is Professor of Health Services Research at the University of Cambridge.

Competing interests: MR is a trustee of Prostate Cancer UK.