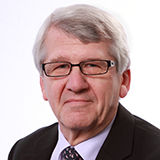 I regret not fighting harder for the maintenance of the doctors’ mess. Sure we fought tooth and nail in the late seventies and early eighties when we perceived that the administration (as it was then called) had its eyes on our central prime real estate.

We always won because we were united, we valued the institution and the consultant body backed us to the hilt. The defensive inaction I regret was later when some of my more junior colleagues began to declare, in sometimes derogatory tones, that they had a life outside the hospital and had no need for a workmates club. The combination of a lack of junior doctor support quickly sounded the death knell and even when the mess persisted, its relocation to some distance from the hub made it an impractical abode.

Of course, one has to move with the times but that always runs the risk of chucking the baby out with the bath water. The problem is that we often do not recognise the baby before it is too late. My failing was that I could not clearly enunciate why I strongly supported the concept of a mess—not so now. As a houseman (F1 in today’s currency) the mess was my home for the 128 hours per week I was in residence (and the 40 hours when I was not). We were well fed, had comfortable bedrooms (sometimes almost opulent) and felt cared for. We were trusted with a bar and, in the main, had the common sense not to abuse the privilege. Consultants could, and often did, come along in the early evening but only by invitation and this helped to break down barriers with what could be quite a crusty lot.

Bars have gone and are unlikely to return. But the stresses of being a junior doctor have not gone away, nor the need to care for all our colleagues—especially those new to the profession and its challenges. The mess provided that through camaraderie, helping each other and through the watchful eye and often great leadership of the most senior trainees. In that vein, it is encouraging to see the Chief Registrar initiative within the Royal College of Physicians (London) Future Hospital programme which FMLM is proud to be supporting. This has the potential to add to the slow but inexorable movement which recognises the leadership and management expertise and potential of a large and vital section of the medical workforce. College recognition is invaluable and hopefully, others will follow—after all, in many other sectors chief registrar equivalents would be considered to be fast-trackers and nurtured as the leaders of the future.

My argument is not to restore a bygone era, but whatever phoenixes arise from the ashes of the current unrest, among them has to be a powerful junior doctor infrastructure with much greater influence and self-determination and a flatter hierarchy. As Professor Sir Bruce Keogh said in Ambition 7 of his review into treatment provided by 14 hospital trusts, in 2013: “Junior doctors in specialist training will not just be seen as the clinical leaders of tomorrow, but clinical leaders of today. The NHS will join the best organisations in the world by harnessing the energy and creativity of its 50,000 young doctors.” We should, therefore, work together to build this better future…

Peter Lees is the chief executive and medical director of the UK intercollegiate Faculty of Medical Leadership and Management.

This blog was originally published on the FMLM website.