This week I went to Harrogate to take part in the Royal College of Physicians’ (RCP’s) annual conference “Medicine 2016”, to contribute to a session on biological medicines (biologics). It included talks on micro-RNAs by John Warren, interleukins and dermatology by Richard Warren, CD receptors and haematology by Anthony Goldstone, epidermal growth factor receptors and oncology by Helmout Modjtahedi, and TNF alfa and rheumatology by Karim Raza, all expertly chaired by Robin Ferner. In the space of just 90 minutes the speakers gave us a mind-blowing whistle-stop tour of the latest developments in each area.

My brief was to kick off the session (picture) by reviewing the naming of biologics and its relevance to medication errors and adverse drug reactions.

All drugs have up to three types of names:

In most cases the WHO finds it possible to assign rINNs. However, in 438 cases (4.75% of 9217 INNs in all) objections have been raised to suggested names, and these have remained proposed INNs (pINNs). For example, the name “amantadine,” proposed in 1965, is still a pINN because an objection remains on file. In practice, this is not problematic, because the major national systems recognize amantadine as an acceptable name.

Here is how drugs get INNs. The Marketing Authorization Holder, i.e. the company that has patented the compound and hopes to market it, applies to an expert panel of international nomenclature experts, drawn from a wide range of countries and convened under the aegis of the World Health Organization’s INN Programme Secretariat, to have an INN assigned to a compound. The WHO liaises with various national nomenclature committees and regulatory agencies, such as the British Pharmacopoeia Commission’s Expert Advisory Group on Nomenclature, which I chair. There are several national naming schemes, the best known being British Approved Names (BANs), dénomination commune française (DCFs), Japanese Accepted Names for Pharmaceuticals (JANs), and US Adopted Names (USANs), but the INNs are widely used. For example, the Council of the European Communities requires the so-called common name to be used on medicine labels, and according to directive 92/27/EEC, the common name means the INN, where one exists.

Biological products (biologics) include vaccines, blood and blood components, allergenics, somatic cells, gene therapy, tissues (e.g. corneas, skin, sperm), and recombinant therapeutic proteins. They can be composed of saccharides (e.g. heparins), proteins (e.g. monoclonal antibodies), nucleic acids (e.g. antisense oligonucleotides), complex combinations of these, or cells or tissues. They can be produced from human or animal sources or from micro-organisms. Now, some drugs that come from micro-organisms (e.g. penicillin, streptomycin, tetracyclines) are small molecules and are not regarded as biologics. I therefore add to the definition of biologics a requirement that they should generally have a large enough molecular weight, say at least 2000 Daltons, to be distinguished from the largest small molecules, such as teicoplanin, which has a variable molecular weight but can be as large as 1909 Daltons. 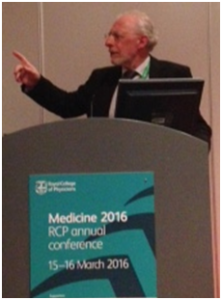