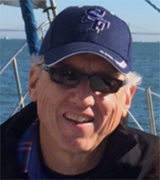 The poet Thomas Moore wrote, “The heart that has truly loved never forgets.” Rocker Bob Seeger crooned, “Rock and Roll never forgets.” And indeed it was well over five years ago that the New York Times reported that the internet never forgets. Rest assured, the digital world remembers everything.

My new MA, Tech, is no exception. He won’t let an appointment slip by if I simply ask him once to remember it. He keeps track of my patients along with all of their labs and x-rays. He’ll tell others, if they appropriately ask, those details too. Everything that Tech has been told, he will remember and share.

And that is, of course, the good news and the bad news.

Because Tech will also remember every utterance and thought you posted when you were perhaps not on your best behavior some years ago. And he’ll gladly share those tidbits with whoever wants to see them.

And while even pre-digital Tech detritus can be haunting, they don’t carry the distributable risk of Internet rubble. Indeed, the somewhat questionable voice messages you left can probably still be heard. The angry letters you wrote, even if they are still in your drawer, are still waiting to be read. Classic paintings, created years ago, remain visible for us to review and ponder. Tech had his hands in all of those artifacts. But in their non-digital form they can stay unheard, unread, and unseen by the masses.

But the new digital data, Tech’s new and favorite form of memory magic, is out there in the cloud, Tech’s borderless, limitless place to keep everything he has wrapped his fingers around.

And now, this bottomless repository is under fire. It seems that a lot of Tech’s friends want him to forget some things he has learned about them. They reasonably worry that digital fossils may tell of a short and hopefully forgettable past. Their concern is that that one emergency room visit forced from a moment of bad behavior years ago may imply a broader set of behaviors that simply didn’t exist or, if they did, do not exist now.

To address Tech’s endless memory, and some of the problems it might cause, the folks at Google, who hold much of this digital memory, have recently been requested by the European Court of Justice in Luxembourg that they forget some internet users pasts if they so request. Google has reluctantly agreed, but has pointed out that it is not sure that every request for removal of some data can be accommodated.

That’s because remembering is easy for Tech. Forgetting, not so much. Certainly, the result of pen put to paper was meant to last, paintbrushes and microphones purposely left their marks somewhere. But permanency and (worldwide) portability were never part of the plan for those recordings. However, ever since Tech went digital, everything we tell him, everything we produce, will be with him and all of us forever.

But what about patient care? Tech’s endless, perfect, connected memory will certainly help in many ways. Clinical trends can be tracked and labs won’t be lost. One patient’s data can be joined and compared to large similarly matched patient groups. Best practices can be defined; evidenced-based medicine can be widely delivered.

But Tech can only remember what he has been told and a reasonably wary patient may only be truly forthcoming. If he knows Tech won’t get his hands on what he considers sensitive, never-to-leave-this room type of complaints or issues. Tech’s inability to forget may well hinder my ability to truly take care of my patients unless they know Tech is out of the room.

As a clinician, I will have to respect what patients want to keep completely confidential and so not document (and therefore unavoidably share) their selected health data, even if such limitation is risky. I will share with them the efforts that are made to protect privacy and they will reasonably doubt that digital secrets are hard to keep from Tech.

As for Tech, he remains, as always, unbothered by this. He sits in my pocket and runs through the wires and machines where he will tirelessly remember and deliver whatever data I ask for and perhaps no longer harbor some things that others have worked to be forgotten.

But Tech’s first action, once told or shown anything, is to remember and he stores those memory pieces in many places. He and I both know that forgetting isn’t his strong suit. Many of Tech’s friends, like Google and Wikipedia and me, figure that Tech may be talked into having a partial slip of the memory, but totally forgetting? Don’t bet on it.

You can ask to be forgotten, but like hearts and rock and roll, Tech (usually) never forgets.

Steve Ruffenach is an internist and medical informaticist living and practicing in Tucson, Arizona, USA. He holds a teaching position as a clinical assistant professor of medicine at the University of Arizona and has a keen interest in medicine and machines.