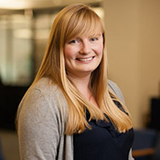 What is “an evidence base?” And when does it become solid? Though it’s reassuring to think of an evidence base as fixed, in reality it’s a shape shifter—changing as new studies come out and adapting to fit the needs of an evolving population and an ever changing set of users. Take, for example, nicotine replacement therapy (NRT). Today, it’s the first thing many of us think of when we think of smoking cessation. Twenty years ago, that wasn’t the case.

In fact, 20 years ago people wanted a definitive answer about whether it worked at all. Despite enthusiastic claims from NRT manufacturers, people were used to thinking of nicotine as “the bad guy.” It was going to take some convincing that more nicotine could be a health solution, but it was also important to create realistic expectations about the effectiveness of NRT. Enter the Cochrane Tobacco Addiction Group, part of a global non-profit organisation who systematically review evidence of healthcare interventions. In 1996, the group produced its first review of NRT, including 70 studies, and concluding that “all of the commercially available forms of NRT are effective as part of a strategy to promote smoking cessation.” [1] The review called for more research into newer forms of NRT, combinations of forms of NRT, and direct comparisons between different forms.

Fast forward 20 years. Since first publication, the Cochrane NRT review has been updated 10 times (see figure). It’s been cited in numerous national healthcare guidelines, supporting the provision of NRT as a smoking cessation aid. In 2008, the World Health Organization described it as “the largest database on the effectiveness of NRT,” using the review to support the inclusion of NRT in the WHO’s list of essential medicines. Somewhat surprisingly, despite the number of included studies more than doubling from its first iteration, the headline conclusion of the review, that “all of the commercially available forms of NRT are effective,” remains staunchly unchanged.

The relative stability of the effect estimate over time despite the addition of new studies inevitably raises questions about enough versus too much evidence. When should trials stop comparing NRT to control? Should resources be focussed elsewhere? However, there have been legitimate reasons to conduct further trials—to test new forms of NRT and “real-world” effectiveness, outside of placebo controlled efficacy trials. For the most part, studies have evolved from asking “does it work?” to asking “what works best, for who, and in what context?” However, research funding isn’t unlimited. Twenty years on, the review is still calling for research into combinations of forms of NRT and direct comparisons between different forms—perhaps the focus should have shifted to this earlier.

Additionally, in 2000 the review called for more trials comparing NRT to other pharmacotherapies. When the review was first written the only non-nicotine pharmacotherapy with evidence of effectiveness was clonidine, which had a prohibitive adverse effects profile. This picture has changed, with the arrival bupropion and varenicline. Despite calls for comparisons between these newer pharmacotherapies and NRT, more evidence comparing and combining them is still needed. In the absence of sufficient trials directly comparing front line smoking cessation pharmacotherapies, new methods, including network meta-analyses have been used by the Cochrane Tobacco Addiction Group to compare the treatments to one another.

When new evidence stops being produced, or the conclusions are judged so robust that new evidence is deemed unnecessary, Cochrane reviews may be marked as ‘stable’, meaning the update cycle draws to a close. However, despite NRT having been established as efficacious 20 years ago, and the effect estimate remaining remarkably stable, the NRT review is far from being shelved—though the core of the evidence base is now solidified, the questions around it, and the accompanying evidence used to answer those questions, continues to take form. On the immediate horizon new questions include comparisons with electronic cigarettes (some would argue a form of nicotine replacement therapy in themselves) and continued research into different dosages and durations of treatment. Will the next decade include more trials comparing NRT with placebo or control? Is it wrong to hope it won’t? At its core, an evidence base is an answer to a set of questions—we must strive to ensure we’re asking the right ones.

The Cochrane Tobacco Addiction Group (CTAG) is based at the Nuffield Department of Primary Care Health Sciences, University of Oxford, and has been since its inception in 1996. To mark its 20th anniversary, the CTAG is running a priority setting exercise to help the group—and tobacco researchers more broadly—ask the right questions. For more information or to get involved, please visit http://tobacco.cochrane.org/20th-anniversary-cochrane-tobacco-addiction-group.

Jamie Hartmann-Boyce is based at the Nuffield Department of Primary Care Health Sciences, University of Oxford, UK. She works as a research associate for the Cochrane Tobacco Addiction Group alongside working on her DPhil which examines self-management of weight in overweight and obese adults.