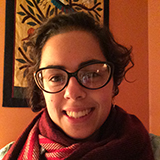 My induction was interrupted by a loud siren bellowing out across County Buchannan. My supervisor, consultant forensic psychiatrist, Dr Reynolds, ran me out of the hospital into the courtyard shouting “Tornado!” I stared up at the fast moving grey clouds and, as I set off to dive into the nearest bush, I heard my supervisor laugh. It was just the monthly tornado drill.

And so began my medical elective, at Northwest Missouri Psychiatric Rehabilitation Centre. It was so full of humour, as I navigated my way through American Midwestern culture, and so full of fear and uncertainties, as I, alone, explored the role of a psychiatrist in a secure forensic psychiatric facility in a state that still practises the death penalty and prides itself in its ghost stories.

My day would often start with a cup of freshly brewed coffee and a chat in Dr Reynolds office, often on issues surrounding medical ethics or one of my many attempts to understand the American Healthcare system. One particular morning we had a lengthy discussion on the Death Penalty; he must have anticipated my curiosity in the matter. Missouri is one of 5 states that make up 65% of the executions that take place in the US, all by lethal injection. I, as I suspect many Brits would, struggle with the idea of the death penalty. Are we really still doing this in 2015?

Dr Reynolds recalled a case, where he was asked to determine if a defendant was competent to be executed. If found not competent, the execution cannot be carried out, due to: ‘prohibition of execution of an insane prisoner.’

I wondered that if the forensic psychiatrist’s evaluation ultimately results in the defendant being executed, does this indirectly conflict with the doctor’s oath of “thou shalt do no harm?” Dr Reynolds admitted that this ethical conundrum troubled him immensely at the time. He concluded however that whilst it is deemed ethical for a forensic psychiatrist to comment on a defendant’s competency, it is not ethical to assist in the execution itself. He also made an important point that “is it not more ethical to involve yourself in a case if you feel confident about your clinical skills, and know that you will act honestly?”

I am just glad that this is one less ethical mind field that we do not have to deal with here in the UK.
I spent time on the wards trying to get to know the patients who despite my best efforts seemed much more interested in getting to know me. Most had never left the state never mind the country, and I was the first Brit many had ever met. Disappointingly for them, I did not meet their expectation of looking like a character from Downton Abbey. I listened to their stories, often troubling and culturally unfamiliar, about their lives growing up in Kansas City and smaller towns in Missouri. I had the opportunity to sit in on therapeutic sessions including cognitive behavioural therapy and sex offender rehabilitation.

Most of all I enjoyed our days in court. I truly felt I was on a film set, sitting in an American courtroom: “I swear to tell the truth, the whole truth and nothing but the truth, so help me God.” I tried my hardest to compose myself but couldn’t conceal my.. well.. manic smile. Some of these court houses would be situated in the centre of old square shaped towns, like you see in the old western films with a Saloon with wooden shutter doors. It really was quite something.

I had chosen to go on this elective alone, I wanted to immerse myself in the unknown. I did want to have fun too, so I procured a bicycle. I am certain that owning a bicycle is the most effective social magnet for nice people. And it worked! I found a biking buddy and we cycled all around town, over hills and along the Missouri river, telling ghost stories throughout (a Missouri pastime). Here, I made friends for life.
The Midwest of America is not a common holiday destination. But, to live and work there, to understand the culture, views, and politics has been one of the most fascinating and worthwhile things I have ever done.

Miriam Saey Al-Rifai is a Barts and the London graduate. She is currently a Foundation year 1 doctor in Community Psychiatry at Brighton and Sussex NHS trust.