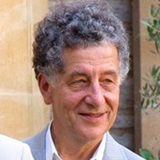 The strike by junior doctors illustrates a fundamental fact about the National Health Service: the de facto chief executive is the minister for health, and there are no advisory or decision making bodies between him and doctors and nurses at the coal face. While there was a broad consensus for the principles underlying the NHS, this was not a serious problem. Over the past 20 or 30 years it has been the root cause of the initially slow and now accelerating demise of the NHS.

The nominal chief executive, Simon Stevens, is powerless and silent on these matters. This is in spite of the fact that 98% of a senior and normally compliant component of his workforce (the 54,074 “junior” doctors) voted for strike action.

The board of NHS England consists of fourteen people, of whom only four (three doctors and one nurse) have a clinical background. Of these, two are political appointees and one a doctor who left clinical practice for management in 2000. They are all admirable individuals, but the board is not structured to provide authoritative scrutiny of government policy initiatives, nor to act as a clinically informed advisory board.

The chief executives of the several hundred NHS hospitals in England, virtually none of whom has a clinical background, and whose average tenure is less than two years, are equally silent.

The NHS is functioning like a failed state. It is being held together by the dedication and goodwill of its 1.3 million staff.

A clinically strong NHS England Board

The cornerstone for the governance of the NHS should be a clinically strong and democratically legitimate NHS England Board (with equivalent boards in other UK regions). This is easily achievable by expanding the membership of the executive directors to include one nominee from each of the eleven medical Royal Colleges (physicians, surgeons, general practitioners, paediatrics and child health, obstetricians and gynaecologists, psychiatrists, pathologists, emergency medicine, ophthalmologists, anaesthetists, and radiologists) and two nominees from the Royal College of Nursing. The Royal College of Physicians should make a second nomination to cover the Faculty of Public Health.

A direct link from the NHS England Board to GPs and consultants would be provided by including two GPs from regional GP Boards, and two senior chief executives of NHS hospitals (see later). Membership would be for a fixed term, perhaps five years, and probably require one day per week. The NHS England Board, thus reconstituted, would provide the government with a clinically informed and authoritative advisory board. It would also form a credible clinical arm to a much-needed political/clinical partnership. This board could play a key leadership role in stabilising the current NHS, and steering it into a viable and successful future.

An organisation with 1.3 million staff must be able to devolve responsibility to at least several hundred able and knowledgeable individuals spread throughout the organisation. Such decentralised points of responsibility do not exist in the NHS. They are essential for the coordinated and efficient deployment of NHS financial resources.

Doctors do not want to give up their clinical work for management positions. Moreover, only a small minority of NHS consultants have the appropriate personal qualities. However, if the clinical chief executive role were for a set period, say four years renewable once, and if clinical chief executives retained some clinical work, say one or two days per week, it is likely to be seen as an interesting challenge.

Clinical chief executives of district general hospitals and teaching hospitals in England would form a two tier national Board structure leading directly to the NHS England Board. Their key brief would be to re-engage with staff and restore morale; to take personal responsibility for the quality of all services, including ambulance services, in their hospitals; and to liaise with regional GP boards.

General practice is in an unsatisfactory and unsustainable state.

One possibility is that general practices should be organised into Regional GP Boards using existing CCG boundaries, but focusing purely on primary medical, nursing, and social care. These ~210 regional boards would form a three tier national board structure leading directly to the NHS England board, and would liaise with hospitals for coordination of primary care with hospital services.

Regional GP boards would be key decision-makers both locally and nationally on all issues affecting primary medical, nursing, and social care.