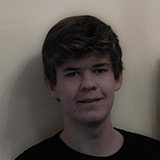 The winter holiday is a busy time for medical students. In anticipation of another year of clinical rotations, we’re faced with the annual onslaught of online training activities to prepare for our upcoming placements. These tasks invariably feature the relatively tedious topics so-cherished by our course organisers; health and safety, data protection, and manual handling. Yet this week, a rather unusual request landed in my inbox. I’d been asked to learn how to spot a terrorist.

The training, I was told, was mandatory for all medical students studying in the trust in which I’d been placed, and was compiled by the government’s Prevent counter-terrorism strategy.

As well as equipping students with advice on how to report patients who are “engaged in an ideology,” the online tutorial promised to help us understand what a “potential terrorist looks and sounds like” by using a series of case studies. First up was a 15 year old Muslim boy called Zayn, who (you guessed it) intended to travel to Syria to “help his brothers and sisters” in their fight against the West. This was followed by a 34 year old Afghan asylum seeker called Geedi. Staff had found leaflets in his room featuring statements such as “Beware the Kuffar.” What the designers of this training module had lacked in nuance, they clearly hadn’t made up for in originality.

Yet it is not only the Prevent scheme’s apparent willingness to engage in racial profiling and tired stereotyping which makes its implementation in universities so worrying. As medical students, we were required to complete the Prevent training module before we’d received any teaching on working with patients from minority ethnic or cultural backgrounds. Having received the majority of my medical education in the leafy suburbs of Middle England, these cases presented some of the first ethnic minority patients I had encountered since starting my degree. The message from our course organisers was clear; knowing a patient’s faith or ethnic background has more use in recognising a terrorist than it does in understanding a patient’s specific healthcare needs.

However, perhaps the most startling aspect of the training was that we were being taught how to recognise traits of radicalisation before we’d learnt the first thing about diagnosing psychosis. I don’t make this comparison flippantly or for rhetorical impact; its ramifications are clear. The only terror attack on UK soil in the past two years was the tragic stabbing of three people at Leytonstone tube station in December. A media furore followed the event, with a wave of social media users denouncing the attacker as “pure evil.”

It wasn’t until the days following the event that a more complex picture developed. The attacker, Muhaydin Mire, was not so much a political terrorist as he was a patient with a long-standing psychiatric history, suffering from a debilitating episode of psychosis. Speaking to Channel 4 News, his family described the frustration they’d experienced in trying to arrange a mental health assessment for him, just over a month before the events in Leytonstone. In the words of his brother; “he was seeing demons… we tried to get him help, we tried to call the local authority, but they did not help him because they said he [poses] no harm to other people or himself.” Yet at the time this reality was largely ignored by the national media, which instead ran sensationalist headlines linking the attacks to international terror groups such as ISIS.

It is telling that the UK’s only terror attack in 2015 was not a direct consequence of political or religious ideology. Rather, it resulted from both the authorities’ failure to engage with a patient’s psychiatric health needs, and society’s wider insistence to consider terrorism first and mental health second. What is so dangerous about the implementation of Prevent in UK medical schools is that it encourages tomorrow’s doctors to make the same mistake.

George Gillett is a medical student and a graduate from Oxford University in cellular physiology and pharmacology. He’s written for the New Statesman, The Independent, The Spectator, New Internationalist and Huffington Post. Follow him on Twitter @george_gillett