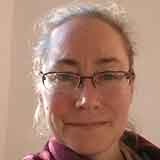 Doctors of the World has been helping refugees in various locations around Greece including Idomeni on the border with Macedonia. By early autumn around 10,000 refugees were pouring across this border every day. Sarah Pickworth, a general practitioner from the Highlands, has been providing medical care with the Greek Doctors off the World team in Idomeni for several weeks.

In the past month the situation has changed dramatically with the Greece-Macedonia border restricting movement to only Syrian, Afghan, and Iraqi nationals. At one point more than 6000 were stranded. The number of people presenting with chest infections grew at an alarming rate as the temperatures dropped. Scattered among the refugees are those who have been beaten by police while they were travelling, people needing dressings on extensive burn injuries gained from escaping sinking boats, and distraught people just needing to talk about how they have escaped persecution, but are now not eligible to cross the border.

In protest at the border closure, 11 Iranian men sewed their lips. For many days, where we could, we monitored them as they continued their hunger strike until some collapsed and were hospitalized.

Teams carrying out the distribution of food and materials found themselves no longer able to cope with the increasing numbers of people in the camp, and people were hungry, cold, and frustrated at not being able to cross the border. One man in protest, climbed up to the overhead railway lines and electrocuted himself, and suddenly there were hundreds of men marching with his body towards the medical tent.

Soon after, angry protestors clashed with border guards and within hours the camp became a battle ground, with tear gas and stun grenades being thrown. From our tent, which is less than 100 metres from the border, all we could hear as we treated the sick, was the sound of angry crowds and small explosions close by. Together with the Red Cross we sutured wounds and plastered limbs.

A few days later 1000 new refugees arrived in the middle of the night, and tensions rose again between those who were allowed through the border and those who could not cross. Angry refugees rioted, looting and destroying distribution tents, medical equipment, and supplies.

We continued to provide care as best as we could, until we could safely re-enter the camp, providing a makeshift clinic out of the back of our van. In just eight hours we saw more than 200 people needing care. Many, like a 15-year-old pregnant Syrian girl and her mother, who was in tears worrying about her daughter’s pregnancy, just needed reassurance.

One very cold night, as our shift was drawing to a close, police arrived in our tent and asked us to leave the camp. As we packed up and left, at least a 100 police with riot shields moved quietly through the camp swiftly organizing 2000 people onto waiting buses for Athens. We watched as the convoys of heavily escorted buses left the camp, and were touched to see people smiling and waving at us thanking us for our help.

We have been continuing to help those moving through Idomeni, the numbers reaching the medical tent are fewer, but some are more seriously ill. On one shift alone we had five hospital admissions which included people with unstable angina, fractures, and diabetic ketoacidosis.

Refugees arriving from Athens now face a 20 hour bus ride, rather than the normal seven hour journey to Idomeni, and are strictly controlled by the police. One evening when we visited a petrol station, which is only half an hour from Idomeni, 29 buses were waiting. Around 1500 people were sitting in cold dark buses, some having waited nine hours already. Little fires with groups huddled around them trying to keep warm lit up the edge of the petrol station. Many of the Afghans we met on one of the buses hadn’t eaten for more than 24 hours. It was little wonder that we had been called to see a child who had seizures which were out now of control.

The situation continues to change rapidly, and it remains challenging for humanitarian workers to position themselves to meet the rising needs for the many thousands still on the move over the winter months.

To donate to The BMJ‘s Christmas appeal please click here.