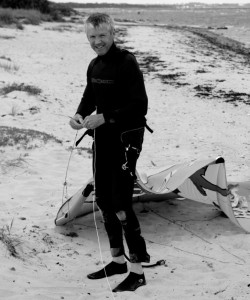 For several months now we have been hearing the government argue that the NHS should provide a “seven day service.” Initially, it was maintained that this provision was required so that working people could see doctors without taking time off work. To many people it seems a no brainer. If Tesco can be open on Sundays, why should the NHS not provide a full service?

More recently, it’s been claimed that this government drive has been about poorer quality of care at the weekend. Fundamental to this line of argument are the ideas that it would prevent “excess deaths” among patients admitted at the weekend, and furthermore make better use of expensive capital resources.

Of course, let me start by saying that all truly emergency services—ie CT scans, anaesthetists, labs, emergency operating theatres—should always be available at any time of day or night. Generally, this is the case in the NHS (although oddly this tends not to be true in private hospitals), and the few cases where it is not need to be addressed. Very few consultants (around 1%) have opted out of elective weekend working, and all NHS doctors will have done a lot of unsocial hours during their careers in order to meet the needs of emergency patients.

But making all NHS services available at weekends for routine work would be unlikely to achieve any of the gains that are claimed, and would do a lot of harm in ways that are pretty obvious but which have received little attention.

Taking the claims first, the government’s reference to “mortality rates for patients admitted to hospital on a Sunday… [being] 16% higher than on a Wednesday” ignores the obvious fact that this is comparing apples and pears. For example, most hospices (not part of the NHS remember) do not have enough staff to admit patients at weekends, so when a patient with a terminal illness gets suddenly worse at weekends, they tend to be admitted to hospitals where they are likely to die. Many similar examples can be given. The findings of the paper that the much quoted 16% figure comes from are complex and odd (as has been much discussed elsewhere). For example, the day with the biggest death rate is Wednesday, and Monday is also a relatively risky day to be admitted.

As far as the utilisation of capital resources is concerned, in general expensive kit, such as MRI scanners, is rarely idle. And capital costs for buildings and equipment are a small part of the overall NHS budget. So the potential for improvement from more efficient utilisation of capital resources is tiny, and it certainly does not need wholesale reorganisation to achieve it.

The harms of changing working patterns have actually already been demonstrated by the introduction of the European Working Time Directive for junior hospital doctors in 2009. Doctors who formerly worked in small teams with other doctors that they knew well, doing a lot of hours (some of which were not fully occupied), found themselves working fewer hours much more intensively. But the small teams were amalgamated into much larger units in which relationships were much harder to create and maintain. The apprenticeship model in which a specialist would take a real interest in training his juniors, partly because he himself stood to gain from it, was severely damaged. The quality of training was harmed as was morale and the quality of care.

Specialists do still work in teams with personal secretaries and ward and theatre staff, and there is still a lot of liaison between colleagues, which of course happens during normal office hours. If the NHS really became a seven day service, these relationships and the effective teamwork they lead to would be harmed.

The other huge problem that would arise would be a worsening of continuity of care. Patients already complain bitterly of changing staff and decisions being frequently altered. This would inevitably worsen, with an adverse effect on quality of care.

As far as GPs are concerned, we have relevant experience of this kind of shake-up already. As part of the Blair reforms, lots of “walk in centres” were developed that routinely saw patients on Sundays and evenings, at considerable cost, which is why they have now mostly been closed. Our experience was that almost all of the patients that were seen were told to “go and see your own doctor.” The duplication of effort was huge. The government’s more recently conceived Challenge Fund, which gives money to practices opening for extended hours (mornings, evenings, and weekends), seems likely to lead to the same waste and duplication. Some of the pilot schemes have paid doctors overtime rates to sit and twiddle their thumbs for lack of demand.

The weird thing about the whole debate is that patients have consistently expressed satisfaction rates with GP opening times—even though few GPs are even open on a Saturday morning. A recent survey of 881 183 patients found that 80.9% did not report any problems with opening times, and concluded that “Sunday opening, in addition to Saturday, is unlikely to improve access.” And a recent NHS England evaluation of the Challenge Fund’s pilot sites reached similar conclusions: while there was demand for more appointments during the week and on Saturdays (particularly mornings), there was “very low utilisation of Sunday GP appointments.”

Has anyone even bothered doing a poll asking people if they want say their hernia operated on at the weekend? Perhaps the results wouldn’t be what were hoped for.

So why is this even on the agenda? Well, it was on the manifesto of the Conservative party, which got 37% of the votes from the 66% of registered voters who actually voted. So just under a quarter of the voters voted for that party. How many people actually read party manifestos is uncertain, but as they have around 30 000 words the number cannot be high. How many conservative voters were aware of this particular manifesto aim is also unknown.

This democratic mandate seems to trump all logical argument when—as in this case—it suits the minister. Is this really what democracy means?

To quote HL Mencken, “For every complex problem there is a solution that is simple, elegant, and wrong.”

Ted Willis is currently a GP in Brigg, North Lincolnshire. He has also worked in Denmark, Scotland, Zambia, South Africa, and New Zealand. He is interested in health economics and the amazing inefficiency of many healthcare systems.

Competing interests: I am a GP partner.