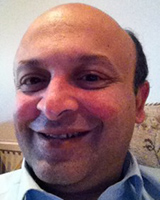 “What makes the current dispute all the more remarkable is that in 1975, only 56% of junior doctors voted in favour of industrial action.”

Junior doctors accept their lot with unparalleled stoicism. Since the inception of the NHS in 1948, they have tolerated their long hours of work for one main reason: a sense of vocation.

Since the 1956 Guilleband Committee reduced medical representation on government bodies from a near majority to fewer than 25%, the role of doctors in senior decision making is perhaps echoed in the current dispute between junior doctors and the government over the proposed junior doctor contract. This is accompanied by a similar parallel in the emigration of doctors from the UK as a result of comparatively poorer terms and conditions. In 1975, the newspaper of the Junior Hospital Doctor’s Association remarked that 450 doctors per year were leaving the UK, this being equivalent to 1 in 5 of the total annual output of medical school graduates.

The true position of doctors in society has changed radically. Even in the 1970s, this was commented on by Douglas Pourier, the then President of the Medical Practioners Union (MPU), when he said “…it is becoming increasingly apparent that doctors have continued to slip in the league tables of comparable professions…”. This was probably more so for junior doctors, described as the “industrial anchor” of the medical profession.

As a group of professionals, doctors have felt that moving from medical sectarianism to a de-classed group of disenfranchised workers who have aligned themselves with Trade Unions has left them feeling uncomfortable about the way in which their profession is viewed. During the 1975 doctors’ strike, the sight on national news of white coated doctors carrying banners and leaving work at 5pm on the dot was a sight to behold. How could it be that these professionals of great integrity had taken it upon themselves to adopt the ways of the “militant?”

Doctors have a right to rest and relaxation. Both are central to our health. Yet, our tolerance of long working hours can have serious consequences. In May 1976, the Liverpool Daily Post reported the death of a consultant anaesthetist who fell asleep at the wheel of his car after working 24 hours non-stop. It will shock you to know that in 1967, doctors were allowed to have time off-duty every other day and every other weekend, reducing their working week to 102 hours.

Junior doctors have a duty to both their patients and their employers. Therein lies the rub. Although the duty to patients is limitless (a so-called “open contract”), doctors have the right to negotiate working hours with their employers. This is, by its very nature, a closed contract and forms the basis of the current breakdown in negotiations and the subsequent 98% vote by junior doctors for strike action.

Over the past 50 years, the move from extra duty allowances to units of medical time to the current banding system has not detracted from the fact that doctors should be rewarded for both the nature (i.e. unsocial hours) and intensity (i.e. providing clinical care or being available to do so) of the extra work carried out by junior doctors outside a 40 hour working week. The virtual impossibility of providing a safe service for patients at the same time as preserving work life balance and fair pay for hours worked is at the hub of a seething anger that has now spilled over into planned industrial action. What makes the current dispute all the more remarkable is that in 1975, only 56% of junior doctors voted in favour of industrial action. Even after industrial action was water under the bridge, doctors were still left with out of hours payments that were 30% and 10% of their daytime salary for being on call and non-resident on call. The current system is more complicated and may mean extra unintended costs if, for example, they end up paying a whole rota extra because one member of it has worked beyond their band limit.

With the advent of social media and the need for doctors to be more effective communicators in their professional roles, junior doctors have more political “nouse” than ever before. Whereas they branched out from the BMA at the time of the 1975 strike action, their union with the BMA and support from consultants is impressive and a far cry from the last industrial action. During the last strike, a managing director from an engineering company quipped to a junior doctor “There are two types of strike that never worry me—those that start before Christmas and those run by amateurs. Yours is both. You haven’t got a chance.”

The current impasse in negotiations may still be overturned with further arbitration, but it is now the 11th hour and the lack of attention to detail in providing a contract that convinces both the medical profession and the public that doctors are being treated fairly and patients treated safely, means that the government can no longer use austerity as a weapon in their defence. In the words of the current president of the MPU, Ron Singer, “When you get 35,000 doctors saying the same thing, something’s gone seriously wrong”

Tony Rao is a consultant psychiatrist at South London and Maudsley NHS Foundation Trust, where he is chair of the BMA Local Negotiating Committee. The material in this blog is based on the 1977 publication ‘Pickets in White’, as well as the experiences of two doctors (Professor Steve Iliffe and Dr Ron Singer) involved in the 1975 strike. An electronic copy of “Pickets in White” is available on request by contacting tony.rao@kcl.ac.uk.