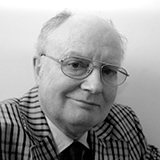 The atmosphere at the mothers meeting was warm and friendly. All the local mums were looking forward to sharing the latest news and gossip about their children, as they had done for years now. Suddenly the door was flung open and a man in a smart grey suit appeared, with bulging briefcase and an authoritative air.

“Things are going to change” he announced. “It is not enough just to love your children. You have to prove it.”

Some of the mothers were rather taken aback. “Surely mother’s love comes naturally, doesn’t it?” one of them asked uncertainly.

“Don’t be naïve, madam.” The grey suited man was blunt. “You may have got away with that in the past, but now your practice must follow the accepted guidelines.”

“Take the matter of goodnight kisses, for instance. Our survey has shown an unacceptable variation up and down the country in the number of kisses administered.” He opened his briefcase and produced a sheet of paper. “All children have a right to three goodnight kisses. After each one you will tick the appropriate box.”

One of the mothers looked doubtful. “Couldn’t we give our children three kisses and tick all the boxes afterwards?” she began, “Some of us are very busy and I just thought…”

“And that was your mistake” cut in the grey man curtly, “You thought. In future, leave the thinking to us. You just tick the appropriate box, after each kiss.” His face clouded slightly. “You know in your hearts that none of you can be trusted. Any one of you could be a potential child killer.”

A palpable shudder went round the room. There was no denying that bad, untrustworthy mothers did exist, and had been mercilessly exposed in the press. There was that unfortunate mum from Bristol, and many more since. “We know you are good and wise, sir,” intoned one of the mothers eventually, who looked more wily than the rest. “I will keep an eye on my colleagues, and make sure none of them stray. You can call me the Maternal Governance Lead.”

The man’s expression softened a little “Very well. You can carry on being mothers… for the moment. But remember, being a mum is nothing special. Remember what happened to the doctors. Almost anyone can do your job.”

He closed his briefcase and prepared to leave. “Next time, we will address the issue of tying shoelaces. Guidelines on the correct knots for your children have already been prepared. They will be implemented without delay and your performance will be audited. Any questions?”

There were no questions. Mother may have known best, once upon a time, but the world had changed.

John King was a consultant psychiatrist in Worcestershire from 1984 to 2010. He served a brief period as Associate Medical Director but found his true vocation in face to face clinical contact, though he also enjoyed teaching and research. The most valuable attribute for a happy career? A sense of humour, he says.