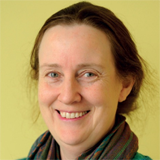 Roy Lilley—blogger, NHS and social care agent provocateur, fettered by none, master of the timely hyperlink, and coiner of deliciously irreverent names for the great and the good. I do chuckle when he refers to Simon Stevens as Tarzan. I read all his blogs—his often acid shots are compelling . . . unless they are pillorying you, then they are infuriating. He writes with great kindness about patients, he cares about frontline health workers, and is passionate about the NHS.

But in his blog on 26 October he got it wrong. Launching Tony Blair into sole sainthood over the UK 2007 ban on smoking in the workplace and consigning public health professionals to the slag heap of oblivion? Unfair.

Tony Blair did indeed champion the landmark UK ban on smoking in the workplace. Blair viewed this as a legacy issue—a sign that his leadership had moral legitimacy and impact. He saw political capital, he weighed the odds, and took a decision. It turns out he made the right one.

However, to say that Blair singlehandedly just changed the law and so solved the problem is simplistic. Politicians need their legacy up in lights, we public health folks run on a different fuel. One could argue that Blair was sold a convenient victory after years of relentless lobbying by mostly unsung public health heroes (including some of the people currently working in Public Health England and local authorities), clinicians, academics, and Action on Smoking and Health (ASH). You can even trace the lineage back to the days of the wonderful Doll and Hill who nailed the proof that smoking causes cancer. As for timing, Ireland got there first, leading the world with a smoking ban in 2004. If Blair had waited any longer, he would have been outflanked.

Let me give you an example. One of my children attended a school overseas, which had teachers and children smoking on site in 2009. As a school governor I was asked to lead yet another time consuming education campaign to tell them all about the evils of smoking (as if they did not know already). Sod that, I thought and researched the new French national law (the school is run by the French government but based outside of France) about smoke free school sites, got a legal opinion that this should also apply overseas, and then approached the school director to tell her this.

The art of public health is, it can be argued, to get our leaders at every level to stand down vested interests and act on the side of the health of the population. This is a tiring and unglamorous battle. It involves the scouts of academia staking out the territory of fact and evidence; the archers of public communications changing the hearts and minds of the public; the battle engines of the lobby groups and professional bodies all acting in concert. It involves skirmishing in the corridors of the UN and Whitehall, planting grenades in the press, and creating endless paper rallies of varying hue and shade. We never get thanked for the lives that are saved by our actions, but we do enjoy it when chef Jamie Oliver gets all fired up by the public health evidence on sugar, picks up the relay baton, and starts campaigning. Surely you don’t think Jamie came up with this all on his lonesome?

Roy Lilley thinks Public Health England is a leviathan. Of course it is—it was created out of a myriad of smaller organisations, and 30 months on with around 5000 staff it is still taking shape. Public Health England is grappling with an identity shift: having moved into a new place in government, it also has to downsize, upsize in new areas, prioritise, and simultaneously not upset too many people while getting things done. Does Public Health England drive me nuts at times? Of course it does, but then so have all my previous jobs in the UN, NHS, academia, and even the private sector. If you want to work in anything more than a one person band, you have to be an intrapreneur and press the levers of collective human endeavour.

Of course, not all public health professionals work in central or local government services—we can be found in the strangest of places. Collectively, we have experience and we have knowledge. We are patient, passionate, and we work our socks off. We are sneaky and devious; we lobby, we plot, and scheme; one door closes, we call our friends, and find another.

Do you want a real conversation on the messy backrooms and opinionated frontlines of public health engineering? Then it’s time to move on from the snappy sound bites Roy and to engage with some of us public health folks. We won’t bite. Promise.

Mary E Black is a medical doctor currently seconded as senior adviser in data sciences to Public Health England.
She is on Twitter @DrMaryBlack and uk.linkedin.com/in/maryblack/

Competing interests: I have no relevant interests to declare, except:

1. I am currently seconded to Public Health England from the NHS Leadership Academy.
2. I am a public health professional.
3. I am Irish.