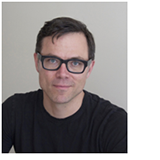 Debating the value of integrative health and complementary and alternative medicine (CAM) can be a frustrating endeavour. Proponents are often passionate. For many, it is like a religion and, as a result, they usually don’t care about what the science says. But what I find most exasperating is the continued use of numerous logical fallacies, such as the straw man argument. In order to bolster their cause, CAM supporters suggest that skeptics like me hold a host of ridiculous and uninformed positions.

In an effort to put an end to this practice (a man can dream!), below are the four most annoying CAM straw man arguments.

Straw Man #1: We don’t appreciate the placebo effect—A common argument rolled out by CAM proponents, as done in a recent Nature commentary, is that we (and by “we” I mean those who do not enthusiastically support the idea of integrative health) don’t appreciate the nature or value of the placebo effect. Ridiculous. Of course we do. And every “conventional” (another term that grates) healthcare provider I have ever encountered accepts the existence of the placebo effect. We just don’t think this is a justification for the integration of magic and magical thinking into science-based institutions.

And let’s be crystal clear, by invoking the usefulness of the placebo effect as a justification for integrative health, CAM supporters are recognizing that the therapies in question have no actual physical effect beyond placebo. They are admitting that they don’t really believe they work. They are, therefore, suggesting we should continue an elaborate alternative medicine theatre (read: lie to patients about the relevant science)—which, in some jurisdictions, includes the granting of regulatory status to CAM providers—in order to produce the placebo effect.

Straw Man #2: We don’t understand that many conventional therapies don’t work – I think I have heard this one at every public lecture I have ever given on point. (It is often accompanied by aggressive finger pointing, comments about the evils of Big Pharma and a few holistically targeted f-bombs.)

This assertion is muddled on multiple levels. First, most science-informed clinicians and academics engaged in this debate are fully aware of the limits and challenges of science-based medicine. And there are, of course, many twisting influences and biases. While there is a long way to go, there are multiple movements and education endeavours aimed at improving the quality of the available evidence and the associated healthcare practices—such as the Choosing Wisely program and various evidence-informed preventative health initiatives.

Second, as with straw man #1, the implied policy conclusion from the presentation of this straw man borders on comical. By highlighting this as an argument for integrative health, CAM supporters seem to be suggesting something like this: “Conventional physicians get to use unproven therapies, so we should too!” Obviously, the answer is not the “integration” of more unproven therapies and a heightened tolerance for magical thinking, but better science and more science-informed decisions.

Straw Man #3: We reject the holistic, patient-centred and preventative ethos of CAM—This one is absolutely everywhere. It is core to the CAM brand. And it is a factor in the growing popularity of CAM. Many in the public are fed up with the hectic atmosphere often encountered in conventional healthcare settings (this was a key argument in the above noted Nature comment). But this is not a justification for an increased embrace of pseudoscience.

What, exactly, is the thinking here? Physicians and other science-based providers are busy and too focused on acute care, so let’s hire Reiki masters, homeopaths and astrologers because they have lots of time and are good listeners? A more sensible response (no offence, astrologers) would be to learn from the concerns that underpin these perceptions and seek to make appropriate health policy adjustments.

And despite how CAM advocates have reimagined the facts (a strategy they have, admittedly, deployed very successfully), CAM practitioners did not invent, nor do they have monopoly on, holistic, patient-centred or preventative approaches. Indeed, this straw man creates a false dichotomy where CAM is presented as the only true “holistic” and prevention-oriented choice. This is wrong. Many primary care physicians, for example, have long been focused on these aspects of patient care.

More importantly, we should not accept the emerging patient-centred movement – which, because of the growing popularity of CAM, is often raised as a reason for integrative health – as some kind of conversation-stopping, trump card justification for tolerating pseudoscience. Patient-centred does not mean facilitating and legitimizing the provision of unproven therapies and magical thinking. It does not mean providing patients with unscientific, placebo inducing, treatments. But it does mean, among other things, respecting the patient enough to provide an honest assessment of what the best available evidence says. Indeed, as I have argued elsewhere, healthcare providers are legally required to do so as part of the informed consent process.

Straw man #4: We reject an open-minded approach—This is perhaps the most annoying straw man argument. One of the benefits of embracing a science-informed approach is that you can change your mind based on the available evidence. Much of CAM demands a rigid adherence to a philosophy, evidence be damned. When CAM proponents suggest that we need to be more open-minded, what they are really asking us to do is, please, in this particular situation, ignore science. (But don’t do that with airplane safety, water sanitation, telecommunications, climate change and brain surgery – science, the thinking must go, is okay in these areas.)

Of course, being open-minded is not a justification for ignoring available evidence, scientific-plausibility or reason.

Now, I realize that there is virtually no chance that CAM supporters will actually consider my request to stop using these, and other, logical fallacies. Many are heavily invested—professionally, philosophically and financially—in CAM and the concept of integrative health. They can’t give up now! But I do hope the universities and healthcare institutions that are considering integrative programs (or that already have them) will see through these paper-thin straw men.

Timothy Caulfield is a Canada Research Chair in Health Law and Policy at the University of Alberta, a Trudeau Fellow and the author of “Is Gwyneth Paltrow Wrong About Everything?: When Celebrity Culture And Science Clash” (Penguin, 2015).