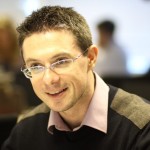 In a pub in Dublin in 2012, Mike Cadogan, an Australian emergency physician coined a term that would take social media by storm. Free Open Access Meducation (FOAM) and its accompanying hashtag #FOAMed would become synonymous with the output of enterprising emergency and critical care doctors. They would write blogs on anything from procedural techniques to dealing with the death of patients. Articles would be debated and dissected on podcasts and educational summaries would be uploaded on YouTube. All the time these resources were shared through Twitter and Facebook. The #FOAMed community was large and soon spread to other specialities with spin-off hashtags such as #FOAMrad (radiology) and #FOAMped (paediatrics).

While the power of FOAM was inherently obvious to those involved in creating, curating, or just ingesting it, there was no evidence base to describe any tangible benefits from participation. In fact critics cited the lack of peer review of many posts as a potential mechanism for patient harm.

It was with this background that I travelled to San Francisco in late September to participate in Stanford Medicine X (#MedX). A now annual event, it is held at Stanford University and is aimed at being a catalyst for new ideas in healthcare. It has a strong patient presence and purports to be the largest digital academic medical conference in the world. I had been fortunate enough to win, with Daniel Cabrera (@cabreraERDR) a clinician from Canada and Jesse Spurr (@inject_orange) a nurse consultant from Australia, the inaugural symplur award. This prize was a joint initiative between Symplur, a healthcare focused social media analytics company and #MedX. It was designed to spark scholarly research activity in this area. We had submitted a proposal to examine #FOAMed. After shortlisting, along with 16 other research teams, we were given access to “Symplur signals”—a web-based platform with specific programming to provide real-time insights into social media use by analysing hashtags. Three independent judges voted us the top scoring submission as we demonstrated that #FOAMed met the criteria for being a digital community of practice. This meant it is more than just a random collection of tweets, but an organic disciplined community which was likely to provide not only benefit to those in it but could also impact on those the community was acting for i.e. patients .

My time at #MedX was unfortunately short, I was only able to attend the final two days of the five day event, but in that time I was very impressed with the patient focus of the conference. While I had travelled to present work on clinicians interacting with clinicians on social media, I left with a much greater understanding of how patients were using social media, especially the communities they were creating. I was particularly struck by three talks. The first by Matt Might (@mattmight) on how he had used a provoctative blog post “Hunting down my son’s killer” to identify other families with rare genetic conditions. His own son has a condition never previously described and using the internet he was able to teach himself enough about current genetic techniques to start crowd sourcing potential treatments for the disease. Brigit (@hurtBlogger) created a hashtag #chronicLIFE to chronicle her battle with autoimmune arthritis. To her surprise her frank and honest account of her daily battle with pain and fatigue gave other sufferers the courage to be open about the challenges they faced. Finally Abby Norman (@notabbynormal) gave a harrowing account of the financial cost of mis- and delayed diagnosis in her battle with endometriosis. Her use of the internet to become informed and eventually empower herself to correctly challenge her doctors was humbling. She has used blog posts to mobilise awareness of endometriois (a condition which can take 5 to 10 years to be correctly indentified) under the banner of #endosisters

While it was rewarding that we were able to demonstrate the power of a clinical network it was humbling to see individual patients create their own communities. I re-wrote the beginning of our presentation to highlight the fact that I think there is much for both professionals and patients to learn from each other about digital and online communities and these collaborations will bring health benefits to both.

Damian Roland is a consultant in paediatric emergency medicine and honorary senior lecturer at Leicester University (SAPPHIRE Group). He has post-doctoral research interests in educational evaluation and illness recognition in acute and emergency care. He is a strong proponent of social media as a methodology to engage and inspire and blogs regularly at www.rolobotrambles.com