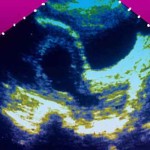 • When is it safe to diagnose a miscarriage?

There has been some debate about miscarriage diagnostic criteria over past years, with evidence emerging in 2011 that criteria at the time might be too liberal. Newer 2013 criteria were more conservative, but are they conservative enough? This week The BMJ published a large multicentre prospective observational study by Preisler and colleagues and an accompanying editorial questioning when it is OK to make the call on miscarriage. The study includes data from 2558 women from seven centres across the UK and concludes that “recently changed cut-off values of gestational sac and embryo size defining miscarriage are appropriate and not too conservative but do not take into account gestational age. Guidance on timing between scans and expected findings on repeat scans are still too liberal.” The authors call for miscarriage protocols to be reviewed to avoid putting viable pregnancies at risk. 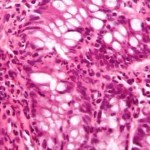 • Inflammatory bowel disease: how to avoid missing the diagnosis 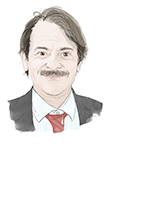 This week BMJ confidential gains insight into the world of John Ioannidis, author of the famous 2005 paper on Why Most Published Research Findings are False, who describes himself as an “uncompromising gentle maniac.” John’s early career aspirations were to become an astronaut, Zorro, or a scientist. According to John, his legendary career “has almost entirely comprised errors and mistakes.” Read the full interview here to learn more about John’s remaining ambitions, what he would do with $1 million, and what he would like read at his funeral.

Sophie Cook is the clinical reviews editor, The BMJ.