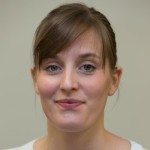 What exactly are “seven day services?” This is something that I have been wondering ever since David Cameron announced in March that the NHS would run a seven day service by 2020. And, despite all the rhetoric from Cameron and health secretary Jeremy Hunt, the government doesn’t seem to have a clear definition of what seven day services are going to involve.

Without a clear definition, it will be impossible to measure whether we have “seven day services.” Lots of the doctors already work at evenings and weekends, so we need to understand how these new plans will be different from the services already offered by the NHS.

My request for a definition of “seven day services” from the Department of Health was refused on the grounds that the information we were asking for “relates to the formulation or development of government policy.” This is important because the public need to know what Cameron is promising them and doctors need to know what they are being signed up to offering.

The fact that Cameron had not formally consulted Keogh is interesting because, for the past two years, Keogh has been leading NHS England’s work on seven day services. He chaired the NHS Services, Seven Days a Week Forum, which was established to consider how NHS services can be improved to provide “a more responsive and patient centred service across the seven day week.” As its first piece of work, the forum was asked by NHS England to focus on urgent and emergency care services and their supporting diagnostic services. As a result, the forum produced a report called “NHS Services, Seven Days a Week Forum, Summary of Initial Findings,” which included 10 clinical standards for seven day services.

After that report was completed, NHS England asked the forum to do another piece of work, setting out proposals for the “creation of a fully integrated service delivering high quality treatment and care seven days a week.” This report was due to be published in the autumn of 2014. But when I searched for this report I couldn’t find it. So I sent an FOI to NHS England asking them for a copy of the final report produced by the NHS Services, Seven Days a Week Forum established by Sir Bruce Keogh.

In response to this FOI request, NHS England told me that the proposal for the forum to report again in Autumn 2014 had been overtaken by “the publication of the “NHS Five Year Forward View in October 2014.” It said the Five Year Forward View “sets out how the NHS will tackle variations in the quality of care, including when patients are able to access services.”

The Five Year Forward View document is 38 pages long. Seven day services are mentioned twice. In the report it says that to “reduce variations in when patients receive care” the NHS “will develop a framework for how seven day services can be implemented affordably and sustainably, recognising that different solutions will be needed in different localities.” It also says that over the next five years the NHS will ensure that hospital patients have “access to seven day services where this makes a clinical difference to outcomes.” That is it. There is no further detail of how this will be achieved, or what might be meant by seven day services.

Hunt has also said he thinks that the NHS as a whole can be judged on how it manages care across the weekend. He has described the NHS’s approach to seven day services as a “litmus test of our commitment” to making healthcare “more human-centred and not system-centred.” And, at the very same time, the government is refusing to tell NHS staff what it means by seven day services.

Doctors, and all other NHS staff, are in a situation where the government will lambast them for failing to deliver seven day services, while refusing to tell them what it wants them to deliver.

The government is steadily building patient expectation, telling the public they will soon be able to access NHS services seven days a week. The government should be held to account for this promise. My worry is that, when patients do not get the seven day care they have been led to expect, it will be doctors, not politicians, who get the blame.