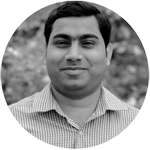 The World Health Organization (WHO) estimates that 1.24 million road traffic deaths occur every year globally. Of those, the majority (80%) of deaths occur only in middle income countries. Yet the irony is that only 35% of low and middle income countries (LMICs) have policies to protect road users. In the entire world, only 28 countries with 7% of the world’s population have adequate road safety laws that address all five risk factors (speed, drink driving, helmets, seat belts, and child restraints).

In India, road traffic injuries pose a significant public health challenge to the already overburdened health system, and hamper the economic development of the country. Road accidents in India cause nearly half a million injuries each year and an average 130 000 deaths (the highest number of road fatalities in the world). Thirteen states (out of the total of 29) in India contribute to 85% of these deaths and injuries, according to a report from the Indian government’s Ministry of Road Transport and Highways.

India has policies and law (the Motor Vehicle Act, 1988) framed around at least four major risk factors (speed, drink driving, helmets, and seat belts), but the enforcement is inconsistent. Inter-state disparities in the implementation of these policies, and the partial enforcement of the law around speeding and seat belts, is pretty evident from the varied statistics on road traffic injuries in India’s states.

Furthermore, it’s been reported that 85% of the helmets used by owners of two wheeler vehicles do not meet national standards and are unsafe. This is a particularly worrying estimate when every fourth accident in India involves a two wheeler vehicle. Apart from these risk factors, India needs to improve its road design (including building more child friendly roads) and vehicle design (after independent crash tests of some of India’s most popular small cars showed a high risk of life threatening injuries in road crashes). Lastly, but not least, more needs to be done to improve road safety management protocols and the post-accident response in India.

Road traffic deaths and injuries cause significant losses to the economic productivity of India. Reportedly, India loses around three percent of its GDP a year just from road traffic deaths and injuries. Every death and injury caused by a road traffic accident has a story to tell. It was estimated that if the laws around risk factors were fully enforced, if protection measures were taken while designing roads and manufacturing vehicles, and a speedier post-accident response in place, nearly 0.8 million lives could be saved in India between 2011-2020, which was declared as a decade of action for road safety by the WHO.

Awareness about road safety measures needs to be enhanced among India’s general public. The media should refrain from reporting road accidents just as events; instead they could be instrumental in framing them (and road safety) as a health and development story, which has the potential to change public attitudes and behaviour, and influence stricter policy enforcement.

India needs a better coordination between central government (the Ministry of Road Transport and Highways) and state level agencies to ensure the enforcement of the law on road safety measures, better road designing, and continuous capacity building of traffic authorities. Most importantly of all, a strong political will to act and a comprehensive action plan—like the new Road Transport and Safety Bill 2015 (draft) if put into practice—could save many lives from road traffic injuries.

Manoj Kumar Pati is a research associate at the Institute of Public Health, Bangalore, India.