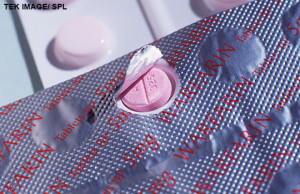 • A research paper looks at the association between warfarin treatment and longitudinal outcomes after ischaemic stroke in patients with atrial fibrillation in community practice, using a large registry of patients admitted to US hospitals with acute ischaemic stroke. The study found that new prescription of warfarin in patients with atrial fibrillation after stroke was associated with a lower risk of major adverse cardiovascular events, all cause mortality, and readmission for ischaemic stroke, as well as more institution free home time—the latter being a patient centred outcomes measure, which means being alive, without recurrent stroke, and without being hospitalised for complications.

The study was funded by the US based Patient-Centered Outcomes Research Institute (PCORI). The findings support the routine use of warfarin for eligible ischaemic stroke patients with atrial fibrillation outside the clinical trial setting, including those over 80 years of age, women, those with more severe strokes, and those with comorbid conditions.

• In the linked editorial, Thomas Concannon explains that research funding in the US specifically targeted at patient centred outcomes research (the Patient-Centered Outcomes Research Trust Fund (PCORTF)) was established in 2009 and will be reviewed in 2017. He considers that it is now time to assess how well we are doing patient centred research and whether it improves healthcare.

• The latest endgames statistical question focuses on multistage sampling, which can be used to recruit participants in experimental or observational studies. Multistage sampling is based on the hierarchical structure of natural clusters within the population. This sampling method involves a different type of cluster being randomly sampled at each stage, with the clusters nested within each other at successive stages. 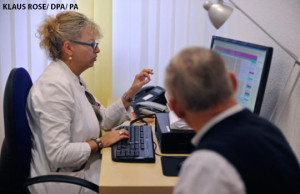 • At a time when UK general practice is under increasing strain, John Campbell and colleagues argue in an editorial that the country needs to increase its capacity to train academic GPs. Despite a range of initiatives that have supported the training of academic GPs in the UK, and the fact that the UK is a world leader in number of primary care research publications, much remains to be done.