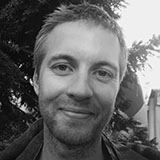 1. The first patient was a young child who presented with fever, seizures, and decreased consciousness, developing over a 1–2 week period, to a community clinic 150 km south of Katherine. After transfer and evaluation, magentic resonance imaging of the brain showed bilateral thalamic necrosis.
2. The second patient was a woman in her late 20s from Groote Eylandt, who presented with suicidal ideation. On examination she showed signs of ataxia, nystagmus, and clumsiness of hands and feet. There was a family history of similar symptoms.

Murray Valley encephalitis virus is a mosquito borne flavivirus related to Japanese encephalitis virus and West Nile virus. Interestingly, the patient presented 2–3 weeks after an unseasonal downpour, which was thought to havbe caused a spike in mosquito numbers.

Several epidemics of a mystery illness in the 20th century showed a distribution matching flooded areas of the Murray-Darling basin – two rivers that together drain approximately 1/7th of Australia’s land mass over South-Eastern Australia. Cases were more unevenly distributed in Western Australia (WA) and the Northern Territory (NT) over the same period. Research proved that tropical temperatures in these northern regions enabled mosquito populations to survive all year, infecting local water birds to maintain a viral reservoir. It is the movement of birds with floodwaters, spreading south and east into the Murray-Darling basin, that caused the epidemics. The virus is a resident in the NT and WA – a visitor elsewhere – and although infections are rare, they can have devastating effects.

An incubation period of 1–4 weeks is followed by non-specific symptoms of headache and high fever. Neurological symptoms commonly include lethargy and confusion in adults and seizures in children. These can progress to four generally observed patterns: relentless progression to death, spinal cord involvement leading to flaccid paralysis, cranial nerve/brainstem involvement, and encephalitis with recovery. Typical features on MRI include hyperintensity in several grey matter regions, notably the thalami, temporal lobes, red nucleus, and cervical spinal cord. Mortality is approximately 20%, and long term neurological impairment about 50%. Treatment is purely supportive at present.

The knowledgeable nurse, who had been based in Gove for several years, set me on the right course with the diagnosis of Machado-Joseph disease (MJD).

The largest island in the Gulf of Carpentaria is Groote Eylandt – named by Dutch explorers in 1644. Associated with this island, and eastern Arnhem Land as a whole, is MJD, also known as spinocerebellar ataxia (SCA) type 3. It is an autosomal dominant inherited condition characterized by a CAG expansion in chromosome 14, similar to Huntington’s chorea. It also shows anticipation in sequential generations.

SCA is a rare set of disorders, with a prevalence of between 0.3–2 per 100 000. Type 3 is the most common subset worldwide. Symptoms include clumsiness of arms and legs, drunken gait, and impaired eye movements, with some developing dystonia, Parkinson-like symptoms, and neuropathy (including the autonomic nervous system).

The ancestral haplotype is deemed to have come from Asia some 5800 years ago but has a wide distribution, with phenotypes in Asia, Europe, North America, South America, and Australia. The highest concentration of families affected is found in the Atlantic Islands of the Azores. The disease was finally identified after independent researchers in the USA observed three families of Azorean descent in the 1970s.

Atrophy of neurons in the cerebellar, putamen, caudate nucleus, substantia nigra, brainstem (including many cranial nerves), and anterior horn cells account for up to five different types, depending on symptoms. Treatment is aimed at lessening the effects of the disease – targeting spasticity, muscle cramps, Parkinsonism, and dystonia.