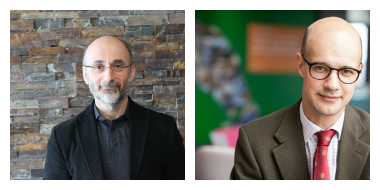 We shudder to think about the amount of paper and computer screen pixels used to report on the very sad state of biomedical research. This journal and others have been vocal on the subject and have published many relevant articles on a variety of topics related to the theme. In 2009, The BMJ took the step of introducing a new section to the journal—Research Methods and Reporting—to help acknowledge these problems and ways of correcting them. The BMJ and JAMA are providing leadership by hosting the International Congress on Peer Review and Biomedical Publication. The eighth such congress will take place in September 2017 in Chicago.

Other groups in the research community have also been active. For example, the director and deputy director of the (United States) National Institutes of Health (NIH) have made a substantive commitment to dealing with the institute’s concerns about reproducibility (which can only occur when authors have been transparent and completely reported on their methods). The NIH has set up a centre devoted to issues related to reproducibility.

There are additional problems throughout the research process and a really nice way of thinking about them is to consider Chalmers and Glasziou’s 5-step framework of where waste rears its ugly head: are relevant questions to users of research being asked; are appropriate research methods being used (including design, conduct, and analyses); are we using the most efficient ways of doing research (management and regulation); do we have maximum accessibility of the research results; and how do we improve the completeness of reporting research. Luckily various groups have started to think about the problems and how best to fix them [see box below].

Why is there all of this interest and commitment to improving the entire research process and why now? The cost of inadequate research is profound, and in terms of wasting limited fiscal resources and its impact on patient care it cannot be ignored any longer.

The Lancet made a substantial intellectual and page commitment with the issue last year when they published a seven article series on the topic and the editors provocatively asked “whether they [research funders, scientific societies, school and university teachers, professional medical associations, and scientific publishers (and their editors] are getting the most value for the time and money invested in science.”

The series led to the REduce research Waste and Reward Diligence (REWARD) campaign. The first REWARD conference to review progress against the recommendations made in the series will be held jointly with the Enhancing the QUAlity and Transparency Of health Research (EQUATOR) Network on 28-30 September. The conference is relevant to everyone involved in biomedical research. It promises to be interactive and forward looking to a waste free era. Around 100 people have already confirmed attendance and early bird registration closes at the end of July. There will be a mix of plenaries, including interactive ones on various topics including: the wishes of patients; initiatives taken by funders, publishers and regulators; a perspective from low-middle income countries; and the launch of The Lancet’s REWARD campaign; 60 oral submitted presentations, and posters.

There has been no effect of wolves howling at the moon. What changes all of the efforts outlined above will have on biomedical research is unclear. Any effects will require substantial investment and constant monitoring and observation.

We look forward to seeing you in Edinburgh shortly.

David Moher is a senior scientist at the Ottawa Hospital Research Institute and associate professor in the School of Epidemiology, Public Health and Preventive Medicine, Faculty of Medicine, University of Ottawa, where he holds a university research chair.

Rustam Al-Shahi Salman is a professor of clinical neurology and MRC senior clinical fellow at the University of Edinburgh, and an honorary consultant neurologist in NHS Lothian, Edinburgh, Scotland, UK.

David Moher is a member of the EQUATOR Network’s steering committee and director of the Canadian EQUATOR Centre; an author of two of articles in The Lancet’s 2014 series on Research: Increasing Value, Reducing Waste; and lead author on a forthcoming article (“Increasing value, reducing waste in biomedical research: who’s listening”) in The Lancet that provides an initial evaluation of the Lancet’s 2014 series.

Rustam Al-Shahi Salman is a member of the local organising committee and programme committee of the REWARD|EQUATOR conference, and lead author of the one of the articles in The Lancet’s 2014 series on Research: Increasing Value, Reducing Waste