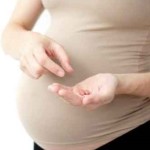 • Specific SSRIs and birth defects
The association between maternal use of antidepressants, especially selective serotonin reuptake inhibitors (SSRIs), during pregnancy and birth defects has been the topic of much discussion in recent years. Recent meta-analyses and systematic reviews have reached conflicting conclusions, so J Reefhuis and colleagues carried out a bayesian analysis to interpret new data in the context of previous reports and to try to provide some clarity on this uncertainty.

The authors data provide reassuring evidence for some SSRIs but suggest that some birth defects occur 2-3.5 times more frequently among the infants of women treated with paroxetine or fluoxetine early in pregnancy. Read their findings to help guide you in the safest treatment options during early pregnancy. 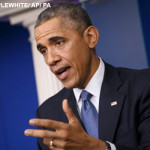 US president Barack Obama has hailed the vast trade deal known as the Trans-Pacific Partnership (TPP) as “the most positive trade deal in history.” Not everyone shares his enthusiasm though, with its detractors denouncing the TPP as a shameful sell out, which favours corporations over individuals and poses a grave threat to public health. Journalist Jonathan Gornall looks at why this planned deal between 12 Asia-Pacific Rim countries is so divisive, covering what the TPP is, why health groups are worried about it, and what’s likely to happen next.

If you want still more reading about controversial trade deals, you can read some comment articles about the Transatlantic Trade and Investment Partnership (TTIP), between the European Union and United States. There’s this editorial on the TTIP and UK healthcare, and this observations piece, exploring if the NHS is safe from international trade agreements—as well as a new editorial on rethinking governance for trade and health.

The review also includes numerous figures and a video demonstrating normal variants and abnormal conditions according to age.

Kelly Brendel is assistant web editor at The BMJ.