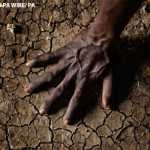 • Amid record breaking heat across the globe, including Europe and the UK, Fiona Godlee’s editor’s choice on climate change could not have been timed better.

Citing the Pope’s recent encyclical on the environment and the report from the Lancet Commission on Health and Climate Change, she calls upon the main funding bodies for research to join the BMA and 200 other institutions in their call for divestment from fossil fuel companies and re-investment in renewable energy.

• Waste of resources on another level comes up in two news stories from Ingrid Torjesen.

In an effort to cut costs, England’s health secretary has announced that packs of drugs costing over £20 (€28; $31) will be marked with their indicative cost from next year to remind patients how much their tax funded treatment is costing. The measure is based on polls suggesting that patients have little knowledge about the costs of drugs, but others have pointed out that there is little evidence this will have the desired effect and that it might actually have “unintended negative consequences.”

Indeed, one wonders if these savings will be enough to pay for the £40m (€56m; $62m) that it cost to build the General Practice Extraction Service (GPES), which has been shown not to work by an investigation by the National Audit Office (NAO). It was an IT system designed to allow NHS organisations to extract data from general practice computer systems in England for monitoring and research purposes, and you can read the full report here or the summary from Meg Hillier, chair of the Committee of Public Accounts, who said, “Failed government IT projects have long been an expensive cliché and, sadly for the taxpayer and service user, this is no exception.” 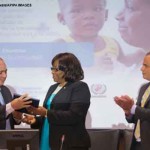 • But good news from warmer places: Anne Gulland reports that Cuba is the first country to eliminate mother to child HIV transmission. This official recognition from the World Health Organization means that in Cuba new infections from mother to child transmission of HIV has fallen below 50 cases in 100 000 live births. Cuba’s public health minister, Roberto Morales Ojeda, attributed the success to its healthcare system, which is “free, accessible, universal, and whose main strength is primary healthcare.”