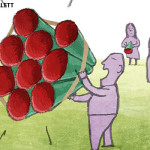 • A new research paper shows that 110 highly prolific authors contributed to one third of the evidence base for glucose lowering treatment; of these, 44% were company employees and 56% were academics who work closely with pharmaceutical companies. The authors urge that the burden of authorship be distributed more equitably in future, so that we can alleviate concerns about the independence and integrity of the evidence base for treatment of diabetes.

• In a linked editorial, Elizabeth Wager says that dominant authors can lead to an imbalance of power within an evidence base. She asks what academic institutions can do to combat this problem. 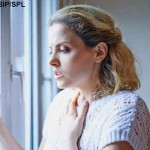 • By 2004 chronic obstructive pulmonary disease (COPD) was claimed to be the fourth most important cause of death worldwide, and its global prevalence and mortality are on the increase. In the UK concern has been expressed that COPD is severely underdiagnosed, particularly among people with early stages of the disease who could benefit from preventive strategies. However, Martin R Miller and Mark L Levy argue that current diagnostic criteria are leading to overdiagnosis in some groups.

• According to new research, obesity rates are rising in many countries in line with increased calorie consumption. The researchers are calling on policy makers to improve the healthiness of food. 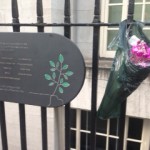 • It’s been busy on the blogs site recently. Forty years on from the Declaration of Tokyo on Guidelines for Physicians Concerning Torture, has it made any difference, asks Julian Sheather. Michael Wilks discusses the recent Lancet commission on climate change and says that action on climate change at a national and global level is essential, although to date leadership and vision are sadly absent, he laments. David Payne remembers the victims and survivors of the 7/7 London bombings as the 10 year anniversary of the attacks approaches. James Raftery explains why US policies and genetic sequencing are driving ever higher cancer drug prices. And finally, why cutting support services for new mothers is a false economy.

Juliet Dobson is blogs editor and web editor, The BMJ.