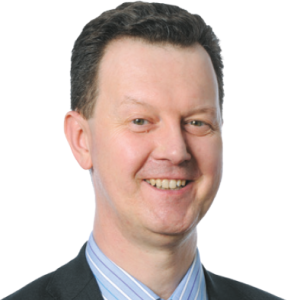 As we approach the first UK National Unplugging Day, one might well ask why there is a need to have a day promoting gadget free time for families. After all, we can switch off our smartphones and tablets any day or at any time, and thus feel reassuringly conscious of and in command of our use of them. Or can we?

Our use of digital devices is now extensive, with Ofcom’s recent “Adults’ media use and attitudes report” indicating that online time for most adults has doubled over the last decade. For young adults, communication and accessing media (predominantly videos now) will take up more than nine hours of each day. For medical practitioners, is this just an issue of lifestyle and choice, or are there consequences of using devices, if only through the disruption of sleep, that we should attend to? Should we consider this use high, problematic, or even a sign of “addiction?”

After all, the American Academy of Pediatrics recommends no more than two hours of screen time per day for children and teenagers, following research on the impact of watching television for long hours. Are the health consequences of such use so concerning that we should advise patients to complete a “digital detox” and periodically unplug?

There can be little doubt that the size and portable nature of smartphones—with their highly interactive screen interfaces—has changed our relationship to these digital devices. But our use is also influenced by the astonishing number of activities that can be completed today through the use of a smartphone, whether banking, gaming, shopping, communication, watching TV/movies, or photography.

Near permanent connection to the internet allows us to use devices, I would suggest, as part of ourselves and we now communicate using the device, much like we speak using our tongue, especially with ephemeral apps such as Snapchat. Permanently connected devices allow for synchronous, live interactions, and this is a real step change in our use of devices. We now use them as we would a part of the body, integrating them into our functioning quite unconsciously. As a consequence, use is likely to be high but does this new way of using them then alter our own functioning, or our sense of agency while using them? Are we still in control of our use?

If we consider the use of devices from the perspective of technology that tracks activity, some interesting insights emerged from a recent study of 200 women using the wearable activity tracker Fitbit. Of the 200 participants, 79% felt under pressure to reach their daily targets, and 59% felt that their daily routines were “controlled” by Fitbit, diminishing their own sense of agency. The authors concluded, “When we invite technology onto or into our bodies, we have to be willing to share everyday decision making” with the device. This is something that those in eHealth may wish to be made aware of, as its impact on use can become negative.

A perceived loss of control in our use of the more sophisticated smartphone is also far from a trivial concern. In 2014, the US National Safety Council estimated that 26% of all car accidents were attributable to smartphone use, and 5% of these were due to texting while driving. A national campaign #ItCanWait, supported by telecommunications company AT&T, aimed at reducing these accidents has a quality very close to that of the drink driving initiatives, linking text messaging with accidents and death. So use of devices can certainly be problematic, but could it constitute an addiction?

Professor Mark Griffiths’s work on behavioural addiction, starting with research on gamblers in the later 1980s, has been very helpful in this space and is largely supportive of the symptoms defined in the DSM V listing for Internet Gaming Disorder, which was introduced in 2013 as a condition for further study. This is a condition distinct from “internet addiction,” and it is focused specifically on those who play video games to the point where behaviour and life chances start to become affected adversely. Griffiths and colleagues have developed a scale, IGD-20, to assess video game addiction.

But others, such as Daniel Kardefelt Winther, argue persuasively that many of the symptoms of Internet Gaming Disorder, rooted as it is in models of substance misuse, do not easily apply to gamers. Kardefelt Winther suggests instead that key symptoms, such as failed attempts to reduce use and the missing of opportunities, would be more useful criteria for diagnosing addiction. He considers the impact of use on current and future wellbeing the key concern, which fits well with clinical practice—although recognising harmful behaviour, such as missing education milestones or job interviews, can be dependent on those around the individual. Kardefelt Winther’s selective criteria transfer well to broader considerations of how we use technology, including smartphones, as assessing the impact on a person’s life is critical to evaluating whether use is problematic.

We may also need to consider which areas of development or wellbeing may be most at risk from an extensive use of devices. The impact of digital technologies on educational attainment has recently been studied in two different centres, with surprisingly similar results. A recent LSE study showed at least some improvement in educational attainment for low achieving students when their schools banned the use of mobile phones. Secondly, Kätlin Konstabel and colleagues in Estonia demonstrated that there was a negative impact on educational attainment for those students with a high use of technology (common in e-Nations such as Estonia) even if they did not meet the criteria of internet addiction, as assessed by the Internet Addiction Test.

In a world of ubiquitous smart devices, where life’s activities seem largely conducted through the device, what seems most concerning to me is when their use becomes so automatic that we lose a sense of agency, and become more like shadows of ourselves—less enabled, not more. Any current observation of individuals in public spaces is likely to include observations of some so immersed in their use that they seem oblivious to others, lamp posts, even cars as they cross the road. This immersion may be associated with all manner of risks, yet it is a rather more complex state than might be suggested by the term addiction.

Use may even be necessary for, say, communication, rather than needed to alter mood or reduce withdrawal symptoms, as is seen in addictions. Disconnection is associated with loss, not necessarily withdrawal symptoms, and reconnection is social in its relief. These are complex processes to understand, but they suggest that for those who do use devices extensively, the pattern of behaviours that we call addiction may only occur in a small percentage of people. Yet as Konstabel suggests, a negative impact of use may still be there and learning the skill of digital task switching, of moving between the digital and offline worlds without too much distress, may be the goal to achieve. And to that end, periodic unplugging could be both clarifying and useful.

Dr Richard Graham is a consultant child and adolescent psychiatrist at the Nightingale Hospital, and former clinical director of the adolescent department at the Tavistock & Portman NHS Foundation Trust. He founded the UK’s first dedicated Technology Addiction Service for Young People at Nightingale Hospital in 2010. For the last decade his work has centred on the impact of technology on development, firstly focusing on the role played by visual media in body image disorders, and more recently through exploring the influence of connected devices, social media, apps, and video games on adolescents and younger children.