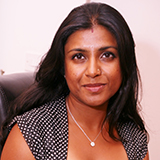 A blog to expose some of the worst examples of sexism in Hollywood has become an enormous hit simply due to the incredible number of contributions; all remaining anonymous because of “fear of retaliation.”

Published on the canvas of the social media platform Tumblr, the blog, “Shit People Say to Women Directors” is taking the film industry by storm and has generated an astonishing amount of social media controversy. It is not just a Hollywood phenomenon. It exists in many areas and most aspects of life.

So is medicine any less sexist?

The BMJ seized an opportunity to explore similar issues in healthcare by asking readers to send in their views. The responses were eye-opening and could cause an outcry within the profession. But should we really be surprised? This may be 2015, but it seems that the medical workplace is rife with unwarranted sexual attention and demeaning words used to disempower and discredit the work of female doctors.

In fact, this inappropriate behaviour seems so ingrained in the medical culture that it is often overlooked and professionals pretend that it does not exist. Female doctors are constantly confronted with comments like “When am I going to see the doctor?” and “Mine’s a cocoa, love.” Such remarks are often shrugged off as ignorance, but they trivialize the reality of sexism and denigrate women.

One can come up with many scenarios from the day to day life in the world of medicine. The checklist below is not exhaustive. Indeed, it can be long, very long. These are just some of the type of catchphrases sent in by female doctors:

1. Being mistaken for a nurse or secretary: Examples include, “Say thank you to the nurse.”
2. Being asked to make tea for the team—”I used to be excused before the end of the ward round to be sent to make the tea and toast,” said one junior doctor.
3. Patronizing remarks such as “women aren’t creative enough to be in medicine,” “you must be very clever,” and being referred to as the “young girl.”
4. Being asked about your husband. One doctor was asked “what does your husband do? Apart from you?”
5. Being accused of menstruating if you speak firmly—”Is it the time of the month?”
6. Given advice not to have children or about having time off during maternity leave—”You would be well advised to have no more babies,” one doctor was told.

This shows that behind the smokescreen, oppressive sexist banter continues at all levels. The boundaries of what behaviour is acceptable and what is not is blurred. In many cases there is a real threat of such behaviour being perceived as the norm.

So how does one address such issues? Here are 10 top tips:

1. Flagrant and overt sexism such as groping, making unwanted advances, or bestowing inappropriate nicknames on colleagues is rare. However, recognizing the more insidious and equally damaging subtle comments is important. Do not accept these as the norm.
2. Act bemused and dismissive. Shoot them a look suggesting such comments are offensive.
3. Don’t laugh at comments.
4. Volley back a response by reversing the same question or comment. This does mean you have to be a fast and on-the-spot thinker.
5. Confront your aggressor and point out why the statement, question, or comment is offensive. Educate them.
6. Make them explain what they mean using a neutral voice.
7. Success is often the best response and speaks for itself.
8. Keep your distance from an individual who still does not change their behaviour despite the above.
9. It is important to support other women and have your own network where you can encourage each other to stamp out such comments.
10. Finally, one may have to seek advice from human resources.

Women must not suffer the status quo. The first step to challenge this is increasing awareness, and The BMJ, like Tumblr, must be applauded for their work in highlighting this issue.

Jyoti Shah is a consultant urological surgeon, commissioning editor of Annals & Bulletin of the Royal College of Surgeons of England, and editor-in-chief of Medical Woman.