Just like the grapheme /x/, which I discussed last time, the grapheme /q/ is among the symbols in the International Phonetic Alphabet (IPA) that do not represent the sounds of the English letters they resemble. Followed by a u in English and pronounced kw, it is instead used in IPA to represent the voiceless velar stop, common in Semitic languages, also known as a backed velar stop or a uvular stop, since it occurs slightly further back in the throat than the voiceless velar stop represented by /k/.

Say “cat.” Feel the k sound on the soft palate. Now say “cat” again, this time pronouncing the k sound further back in the throat, as if choking on it. The velar stop becomes a uvular stop and you have just pronounced “qat.”

Qat, or khat, is a stimulant commonly used in East Africa, Yemen, and Southern Saudi Arabia. It is found in the leaves of the evergreen bush Catha edulis, of the Celastraceae family, which are typically chewed while fresh, but can also be smoked, brewed in tea, or sprinkled on food. Chewing the leaves results in a subjective feeling of mental stimulation, increased physical endurance, and increased self-esteem and social interaction. This habit was originally confined to Arabian and East African countries, because only fresh leaves are active, but qat is now available in other parts of the world. Although cathine (norpseudoephedrine) is quantitatively the main alkaloid, the amfetamine-like euphorigenic and sympathomimetic cardiovascular effects of qat are primarily attributed to cathinone, a phenylalkylamine structurally similar to amfetamine, which degrades to norpseudoephedrine and norephedrine within days of leaf picking. Cathinone increases dopamine release and reduces dopamine re-uptake.

The toxicologist Louis Lewin (pictured below), after whom the peyote plant (Anhalonium Lewinii) is named, described the effects of chewing qat in his monograph Phantastica (1924): “The khat eater is happy when he hears everyone talk in turn and tries to contribute to this social entertainment. In this way the hours pass in a rapid and agreeable manner. Khat produces joyous excitation and gaiety. Desire for sleep is banished, energy is revived during the hot hours of the day, and the feeling of hunger on long marches is dispersed. Messengers and warriors use khat because it makes the ingestion of food unnecessary for several days.”

It is estimated that 10 million people chew qat worldwide, and it is used by up to 80% of adults in Somalia and Yemen, often in social gatherings called “sessions,” which can last 3–4 hours. They are generally attended by men, although qat use among women is increasing. Men are also more likely to be daily users. Users pick leaves from the qat branch, chew them on one side of the mouth, swallowing only the juice, and adding fresh leaves periodically. About 100–300 grams of qat may be chewed during each session, and 100 grams of qat typically contains 36 mg of cathinone. Evelyn Waugh described an African chief browsing over a lapful of it in his novel Black Mischief (1932), and his son Auberon described its being chewed with vigour by “distant sheikhs and rebellious tribesmen in savage areas of the empire” in his novel The Foxglove Saga (1960), which is nothing to do with foxgloves.

Supposedly mind enhancing substances, like qat, don’t actually enhance your thinking powers—they just make you think that you’re thinking. One user imagined on several occasions that he was in discussion with famous philosophers, each time defeating them. He finally realized that the secret to his amazing philosophical success was that on every occasion he ended the debate by enunciating the words “So you say.” Arthur Koestler once told a story, which he said he got from George Orwell, about a man who found that smoking opium brought to his mind a message that encapsulated the secret of the universe. Unable to remember it when he recovered, he determined to write it down. One night he succeeded and the next morning looked eagerly at the revelatory message: “The banana is big, but its skin is even bigger.” Koestler called this effect pressure cooker mysticism and described the sensation of thinking yourself in tune with the harmony of the spheres as having one’s soul steeped in cosmic schmalz.

So much for mind enhancing drugs of the more extreme variety. 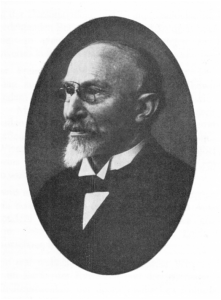