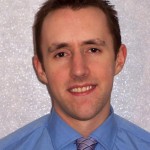 On 1 December 2015, Wales will be the first country in the UK to introduce an opt-out system for organ donation. This means that patients will need to actively opt out of organ and tissue donation—otherwise consent will be assumed. This change is significant and one to be welcomed. As an advocate of organ donation, I hope the rest of the UK soon follows suit, having witnessed the benefit of transplantation and the solace it can bring to families involved.

The benefits of an opt-out system are clear, with such legislation increasing donations by tipping the balance of consent in favour of donation. Most people when asked for their preferences report to be in favour of donation, yet only 29% of the UK population are on the donor register. At present, with hundreds of people dying each year while awaiting transplants, any measure we can take to encourage people to donate should be welcomed. When such a system was introduced in Belgium, donation rates increased by 55%.

However, many challenges would need to be overcome. Firstly, although the majority of people are in favour of donation, an opt-out would rely on the assumption that people are adequately informed about the process—at least enough to make a decision either way. This ignores the possibility of ignorance or lethargy with regards to finding out about donation. The reality is that many organs would be retrieved without true informed consent, as the process of consent is traditionally seen as an active process and not a result of inaction. The fact that the opt-out system was repealed in Brazil only a year after it began demonstrates the problems such a system would face, especially when families were not allowed to overrule decisions—so called hard opt-out systems, in which doctors are still allowed to remove organs even if relatives know that the deceased would object to donation but had failed to opt out during life.

We should look to the system in France, which has a soft opt-out system, one were family consent is still sought. Such a system, with its respect for family rights, must surely still help to reduce the decision burden on the family, at the same time as respecting their opinions.

Presently in the UK, much of the decision burden is placed upon the family, and those who didn’t wish to donate may have their preferences vetoed by the family as no formal system exists to recognise their objection. So, ironically, an opt-out system may strengthen the rights of those not wanting to donate.

Problems may arise if families are not in agreement with the presumed consent; and I would be of the opinion that if families are against the donation it should not occur, as donation in the face of objection would destroy the trust between the doctor and the family, and could have an adverse long term impact on donation rates. I would follow the BMA’s support of an opt-out system, but with caveats that donation should not occur in the face of family disagreement or if it’ll cause distress to the family unit.

It will be interesting to see how the soft system of opt-out soon to be introduced in Wales pans out—hopefully the rest of the UK will follow its lead.

Ian Barker is an anaesthetic registrar with an interest in transplantation. He is currently in the final year of a LLM (medical law) programme at the University of Edinburgh.