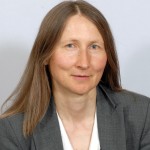 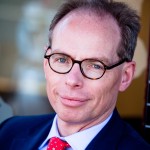 By Ariane Herrick and Lindsay Muir

People with Raynaud’s phenomenon secondary to an underlying disease or condition (the best researched one being systemic sclerosis) can progress to irreversible tissue injury with ulceration and/or critical ischaemia and gangrene. Although there has been increasing interest in recent years in identifying new drug therapies for severe Raynaud’s phenomenon with randomised controlled trials (RCTs) of, for example, phosphodiesterase inhibitors and endothelin receptor antagonists, the recent new BMJ Clinical Evidence overview identified no RCTs of any of the surgical procedures that have been advocated for advanced peripheral vascular disease. Specifically, there have been no RCTs of any of the following interventions: botulinum toxin injections, surgical debridement, peripheral (digital, digital plus ulnar and/or radial artery) sympathectomy, cervical/thoracic sympathectomy, arterial reconstruction, or amputation.

The evidence in favour of surgical procedures therefore comes from case series (for example, of botulinum toxin injections and of peripheral sympathectomy) and clinical experience.

The challenge to researchers is how to fill this gap. Given the relatively small numbers of individuals concerned, it is unlikely that RCTs of surgical procedures for severe secondary Raynaud’s phenomenon will be feasible if limited to a single centre, with the possible exception of a study of botulinum toxin injections. Although digital ulceration is a major problem in patients with systemic sclerosis, occurring in up to 50% of cases and causing severe pain, functional disability and disfigurement, systemic sclerosis is itself a rare disease. This, combined with the heterogeneity of the disease process, makes the design and execution of clinical trials highly challenging. The ideal, therefore, is to consider multi-centre studies. These bring with them a large extra tier of complexity but such challenges can be overcome, as shown in the SWIFFT trial for scaphoid fractures, an exemplar for future studies.

At present—in the absence of a good clinical evidence base—surgery of the fingers and toes is likely to play an important (but currently inadequately defined) role in the management of people with secondary Raynaud’s phenomenon that are unresponsive to other measures and who have progressed to refractory and/or critical ischaemia. If surgery is to be considered, it is best performed in specialist centres.

Ariane Herrick is professor of Rheumatology at the University of Manchester and consultant rheumatologist at Salford Royal NHS Foundation Trust. She qualified from the University of Aberdeen, trained in general medicine in Glasgow, and in rheumatology in Salford. Her major clinical and research interests are Raynaud’s phenomenon and systemic sclerosis, with a particular emphasis on measurement of microvascular structure and function.

Lindsay Muir is a consultant hand surgeon at Salford Royal Hospital. He qualified in Glasgow, and trained in hand surgery in Strasbourg, in Wrightington and as the Manchester interface hand fellow. He has an interest in hand surgery in systemic sclerosis and in finger joint arthroplasty. He has also has a hand trauma practice. He has the privilege of training the interface hand fellows.

Competing interests: AH has undertaken consultancy work, has been a paid speaker for Actelion, has organised meetings for which Actelion provided sponsorship, and has undertaken a study for which Actelion supplied the bosentan tablets. AH has been an investigator (and her institution has received payment) in studies sponsored by Actelion, Pfizer, Genzyme, Mediquest, United Therapeutics, and Sanofi. AH is an author of references cited in this review.

LM declares that he has no competing interests.