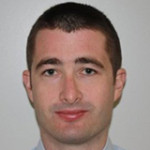 When I came to Baltimore from Ireland in 2008 many people said I was crazy. I often heard from friends and colleagues, “Be careful, that’s where they made The Wire.” However, as a young resident physician, an underserved city like Baltimore seemed to me like a great place to train. On my annual trips home this widely held perception of Baltimore as a dangerous place would often come up. However, after getting to know the place better, my typical response became, “It’s not like that; Baltimore is actually a great city.” To this very day, I still believe that Baltimore is a great city. But it also has some flaws.

I want to begin this short blog about the recent unrest in Baltimore with a disclosure. I am no expert on the deep social and cultural problems of this city, problems that are not unique to Baltimore. However, that does not mean I have nothing to say about this city. Favorably positioned on the east coast of America, Baltimore is a city on the water, blessed with good weather, great sports teams, outstanding universities, and a feel-good, under-dog, attitude. My sense has always been that people from all backgrounds try to pull together in this city. In fact, as a physician, I have seen Baltimoreans of all races, creeds, and colors do so in times of medical crisis. Baltimore is also blessed with some of the best hospitals and schools of medicine and public health in the world—most notably Johns Hopkins.

However, Baltimore is far from perfect. To understand Baltimore, one needs to appreciate that it is a city of neighborhoods. Hopelessly poor and desolate inner city neighborhoods are often juxtaposed with affluent neighborhoods, particularly in the East Baltimore surroundings of the Johns Hopkins Hospital. In the wake of Freddie Gray’s funeral, a young black man who allegedly suffered suspicious and fatal injuries while in police custody, these neighborhoods are now in turmoil. Unfortunately, the peaceful protests of the many have been overshadowed by the rioting of the few. While the recent focus on Freddie Gray clearly sparked the local fire of rioting and violence, the tinder for this fire has been accumulating in abundance for months now; particularly after the events in Ferguson and in New York.

My own sense is that the recent riots reflect a combustible mix of the following; 1) longstanding pent-up frustrations regarding police treatment of black communities (a nationwide problem that I would argue is compounded by the post-911 militarization of US police forces), 2) local poverty and visible economic disparities among neighborhoods, 3) substance abuse (much of the looting took place in liquor stores and pharmacies), and 4) criminal opportunism. While the rioting was predictable and it was evident that the mayor and police made an executive decision not to use excessive force so as not to escalate the discontent, this then opened the door for a small fraction of the most violent rioters to cause chaos in the city. There was a strong sense of lawless abandon in this city on Monday. Help from state troopers and the National Guard was certainly needed and their arrival has helped to settle the escalating panic.

Thankfully, injuries are minimal at this point. Johns Hopkins Hospital, which was built to serve the poor of Baltimore in 1889, remains open. Medical staff are fearlessly making their way to work, often through the most dangerous neighborhoods, in order to serve their local communities. However, more than just treating the injured of the riots, Johns Hopkins also has the ability, and the duty, through the hospital, the university, and the schools of medicine and public health, to take a longer term lead in resolving the many deep seated problems in our community.

In the meantime, I am proud of the response by locals after the first night of rioting. Baltimoreans of all backgrounds are again pulling together to clean up and keep the peace. They deserve as much, if not more, attention then the rioters, as they represent the real Baltimore. As I finish writing, I am reminded that nobody is born with a God-given right to wealth, opportunity, and stability. Yet all around Baltimore, and America, we see great disparities in these life assets. For example, it is mostly the play of chance that separates me, a physician born and raised in comfort, from the social circumstances into which Freddie Gray was born. Specifically, we don’t get to choose who or how affluent our parents are. Thus, we need to comprehensively address the root cause social problems in Baltimore and other American cities. Most importantly, we need to embrace not only liberty but also collective responsibility, if we are to prevent others from the fate of Freddie Gray. There but for the grace of God go I.

John W (Bill) McEvoy is the chief fellow in the Division of Cardiology, Johns Hopkins School of Medicine.