• Growth charts reflect a growth in children within India
The grow 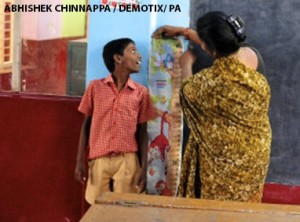 The charts, previously revised in 2007 using data collected as long ago as 1989, found that children overall are heavier and taller than their 2007 counterparts.

• Second pair of eyes for cancer diagnosis
Researchers have found that you are statistically more likely to have a faster diagnosis for bowel cancer symptoms when examined by a doctor other than your regular GP. The study’s leader suggests that getting a second opinion after seeing your regular GP could lead to a speedier diagnosis.

• MSF call for transparency with pneumonia vaccine
The charity Médecins Sans Frontières has launched a campaign calling on GlaxoSmithKline and Pfizer to be transparent about the amount they charge for their pneumonia vaccine. MSF has found huge disparities between the amounts of money different countries were paying owing to governments and humanitarian organisations having to negotiate prices in the dark, without any idea of what others are paying.

• Is depression screening a sign of too much medicine?
William Cayley has written a blog post on screening for depression at his practice and his concerns of the risk said screening will play in blurring a “diagnosis of sad feelings being the same as depression.” Cayley suggests that medical practitioners focus on their roles as carers and healers lest they become automatic prescribers.