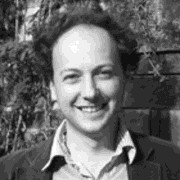 As the general election draws near, a wide range of medical issues will be examined through political lenses in The BMJ and elsewhere. However, few (if any) pre-election medical debates will focus on the constitutional status of the House of Lords.

In many ways, this is an unsurprising omission. Parliamentary politics in general is distant from most people’s day to day concerns, and the Lords—seen as an antediluvian chamber populated by aristocratic relics, political cronies, and bishops—often seems particularly remote. Moreover, with all the main parties likely to commit themselves to replacing the current chamber with a mostly or wholly elected senate, the political stakes also look rather low. And, of course, it is difficult to argue against the introduction of elections in the upper chamber without looking undemocratic.

Nevertheless, a strong case can be made that further reform of the House of Lords would damage the health of British democracy by undermining the scope for expert scrutiny of legislation and the representation of important medical causes at Westminster. This is because the current system allows experts in various areas to become working members of the legislature without having to run for election, and—in the case of crossbench peers—without having to sign up to a political party. In most instances, running for election is an onerous, time consuming, and heavily politicised process. Once elected, party whips hold sway over candidates’ chances of advancement and thus, in most cases, their voting behaviour.

For these reasons, and also because elected politicians are remarkably unpopular with the public, there are many people—and many doctors and scientists—who would never run for election despite the potential value of their expertise for legislative scrutiny. Proposals for an elected senate attempt to address these issues through (for example) creating single 15 year terms for elected senators and retaining a number of appointed crossbench experts, but these create new difficulties: single term politicians are inherently unaccountable, and many current expert peers who would not run for election are not crossbenchers, but members of political parties.

There are some MPs with medical and scientific backgrounds, of course, but the nine doctors and 25 academics (with just one active research scientist) in the Commons are substantially outnumbered by the 27 peers with medicine and healthcare as their primary or secondary area of expertise and the 76 academic peers—a considerable number of whom are scientists of high standing.

Moreover, while MPs are rarely able to continue their medical or scientific careers alongside their political duties, the lack of constituency work in the Lords allows peers to maintain their outside expertise, while also devoting more time to expertise driven legislative scrutiny. Since the 1999 reforms of the Lords, which replaced all but 92 hereditary peers with appointed peers, the upper chamber has become much more active in challenging the Commons and holding the executive to account through defeats, debates, and reports. Peers’ expertise has often played an instrumental part in the Lords’ renewed activism, as seen (for instance) in amendments to the Health and Social Care Bill or the reports of the Science and Technology Committee—a body whose membership has included Lords Patel, Krebs, Rees, and Winston.

There are gaps in the Lords’ expertise. Some peers are clearly “ex-experts,” and far too many peers are principally experts in politics, having ascended from the Commons or elsewhere. There is a pressing need for small scale reforms, including a moratorium on membership and a reduction in political party patronage.

Nevertheless, the current system allows for considerably more expert scrutiny of legislation than would be the case in an elected second chamber. Meanwhile, political scientists recognise that there is nothing undemocratic about incorporating a deliberative and consensus oriented chamber as part of a wider system in which a majoritarian elected chamber holds primacy (as at Westminster). Claims to the contrary tend to either misunderstand or misrepresent the contemporary House of Lords.

Lords reform is not a general election issue. Nevertheless, since further reform would jeopardise the present (surprisingly effective) arrangements, it is an issue that should be of keen concern to those who wish for expert scrutiny of government legislation.

Conor Farrington is a medical sociologist at the Biomedical Research Centre (BRC) and Cambridge Centre for Health Services Research (CCHSR), University of Cambridge School of Clinical Medicine. He has research interests in clinical, sociological, and philosophical aspects of new medical technology, specialising in the specialities of diabetes, cardiovascular medicine, and global mental health. He also writes on British politics and the relationship between politics, science, and medicine.