Action to be taken against apps that harm patients
A UK health regulator has issued a warning to makers of mobile medical apps that may harm patients. 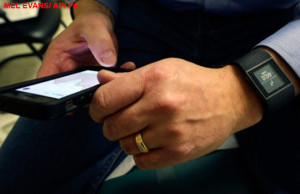 Speaking at a health technologies seminar in London on 18 March, Neil McGuire, clinical director of devices at the Medicines and Healthcare Products Regulatory Agency (MHRA) said, “Be under no illusion—if you have . . . software or an app and patients come to grief, we’re coming looking.” He was speaking after hearing concerns that the growth in medical apps was outpacing the ability of organisations to respond effectively.

How losing your job can kill you in the world’s richest country
Jennifer Corbelli looks at the story of Melody, a HIV positive patient who lost her life when becoming unemployed meant she could no longer afford her antiretroviral drugs.

New treatment approach shows promise for relapsed Hodgkin’s lymphoma
Adults with hard to treat Hodgkin’s lymphoma who were given brentuximab vedotin immediately after stem cell transplantation survived without the disease progressing for twice as long as those given placebo, in a phase III randomised controlled trial published in the Lancet. Craig Moskowitz, the study leader, said, “No medication available today has had such dramatic results.”