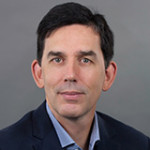 There has been renewed interest in cricket helmets for a few reasons: the Cricket World Cup, the death of Phillip Hughes, and a relatively new British Standard for cricket helmets. This interest comes after a relatively long pause in helmet development. I began watching cricket before helmets and remember the controversy around their introduction in the late 1970s. It took a while, but cricket helmet standards were published in the 1990s. In my opinion, standards for protective equipment are essential to ensure that the equipment meets a defined performance. However, as is still the case with a lot of “protective” equipment in sport, there has been little regulation governing the sale and/or use of the equipment. This has meant, for example, that someone can purchase and wear a cricket helmet that doesn’t comply with any standard. Sports federations can help a lot by mandating equipment that meets specific standards. Apart from improving the baseline level of protection for the athletes, this might provide the right signals to government agencies that protect consumer interests.

It became clear to me that the original cricket helmet standards were not optimised for the intended function; they were a lot better than nothing. There were other issues with the adjustability of the face guard that exposed cricketers to facial impact risks and also ignored basic safety engineering practice. Cricketers could tilt the face guard down and create gaps large enough for cricket balls to penetrate leading to facial and ocular injury. David Janda and I assessed the performance of a selection of cricket helmets in 2001 using what we considered to be realistic and reliable projectile tests and compared these to other helmets (published in BJSM in 2003). Our paper focussed on the impact performance of the helmet, but we also examined the face guard. We concluded that projectile tests in which a ball is fired at the helmet and face guard would be a more realistic assessment of the helmet performance, than simple drop tests. We also identified the type of information required to set the performance requirements. I won’t say that the cricket world at that time was particularly receptive to various proposals to progress those ideas.

I’d like to congratulate who committee that wrote the new British Standard 7928:2013 and the organisations, including those in cricket, who supported that work. It is an essential step forward from the 1990s. Questions still remain for me, as to why elite cricketers were not all wearing helmets compliant with BS 7928 immediately on their release. BS 7928 is a significant improvement in the assessment of the face guard. It carries forward some of our ideas from over a decade ago, which we’d purloined from baseball. In one sense, cricket is catching up to where baseball was a few decades ago. My hope is that the usability issues with the helmets are also being addressed. Despite the intent of the standard, if players can tilt the face guard, they can undo the good work put into improving the face guard performance. Helmet size, fit, and restraint are also important with regards to the face guard performance. We observed that an impact to the faceguard could shift the whole helmet back on the head, bringing the ball close to the face, especially when the face guard deformed.

Now that there is a new standard, there are a few more steps (always a few more!) (a) mandate helmet use in cricket rules to the best standard (no, I don’t have any financial interest in a helmet company) (b) ensure that ongoing claims of compliance are backed up by routine batch testing and third party certification bodies (c) run formal epidemiological studies, but supported by sports science, ergonomic, and biomechanical studies that will assist in the interpretation of the results, and (d) start the plans for the next revision to the standard. The cricket world needs to fully and financially support high quality research around protective equipment, because everyone benefits. Cricketers will benefit from improvements in equipment performance, cricket bodies will benefit as this will assist them with their duty of care, and equipment suppliers, including helmet suppliers, will benefit because there will be a clearer consensus on equipment performance specifications and drivers for innovation.

Andrew McIntosh is an adjunct professor at ACRSIP, Federation University Australia and a self employed consultant. His background is in biomechanics and has a special interest in injury, including equipment performance and standards.