Secrets and the threat to public health 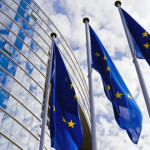 • In an editorial in The BMJ today, Martin McKee and Ronald Labonté write about the European Commission’s proposals to harmonise national legislation on trade secrets, which will shortly be debated in the European parliament. McKee and Labonté say that the proposed extension of secrecy could threaten public health campaigners or investigative journalists who want to uncover wrong doings in the tobacco, food, or drug industry. They suggest that researchers studying tactics used by the tobacco, alcohol, and junk food industry to market their products to children could find themselves in breach of the law. They also suggest that the harms to patients associated with non-disclosure of trial results argue for less rather than more trade secrecy. They hope that the European Parliament will be able to modify the proposals away from industry and in favour of the citizens of Europe when they consider them in April. 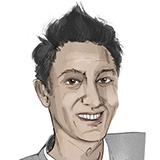 • Digital pioneer Kartik Modha is clearly a GP with stratospheric levels of energy. As well as setting up the largest GP only Facebook community (Tiko’s GP group) he then founded myHealthSpecialist.com, an online service enabling patients and doctors to choose a private specialist on the basis of doctors’ recommendations.

So it is nice to discover from BMJ Confidential that he also knows how to relax. He is happiest, he says, when “lying on a beach in Goa in the sunshine, with fresh lime soda (salted) and fresh pineapple chunks on a table next to me. I’m stretched out on a deckchair, getting an Indian head massage while the waves break gently on the sand.”

The authors conclude “patients with high risk of peripheral arterial disease must be clinically assessed for vascular insufficiency before antiembolism stockings are fitted. Alternatives such as foot impulse devices or pneumatic compression devices may be considered, as recommended by National Institute for Health and Care Excellence guideline 92 (2010).”