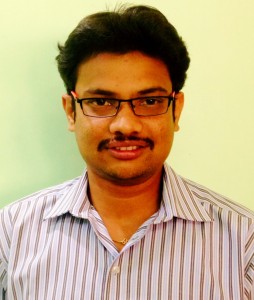 The number of people with non-communicable diseases (NCDs) in India is increasing with each passing year. The World Health Organization estimates that NCDs could account for nearly 60% of total deaths in India.

Yet, despite an increased allocation of spending on healthcare by the government in the past few years, out of pocket expenditure by patients at the point of service delivery has shown little respite. In this context, India’s role as a leading manufacturer of generic drugs could offer great potential for decreasing healthcare expenditure—by both the people and the government.

Last year (2014), as part of a research study on access to medicines, the Institute of Public Health (IPH), Bengaluru, conducted household surveys on drug access, utilization, and health seeking behavior in Karnataka—a state in south India. We randomly selected villages that were situated within close proximity of several primary healthcare centers (PHC), which were participating in the study. We found that general awareness of generic medicines was very poor in rural India; less than one per cent had heard about such medicines.

The most disheartening part of our exercise was that most of the people we interviewed reported that the medicines supplied at the government facilities were of poor quality. Many interviewees shared a common perception that “anything you get for free is not of good quality.” And many of them compared such free government medicines to other government supplied materials, such as the monthly ration of food grain, which they also considered to be generally of poor quality. We found that many of the government health workers also concurred with this opinion. It seemed that this was a strongly and widely held perception in rural communities in the areas we surveyed.

Subsequently, when we were training health workers at the PHCs on the rational use of medicines and other non-drug, lifestyle based treatment options for NCDs, we found a similar pattern of perceptions; only a couple of them knew that generic medicines are low cost. However, they had no idea about where such cheaper alternatives to expensive branded drugs were available. The level of awareness among the village based community health workers (called accredited social health activists, or ASHAs, in most parts of India) was similarly low.

After this, we thought we may find some illumination (in contrast to health workers’ total lack of awareness) among private sector pharmacists. Most medicines are purchased in private pharmacies in India. We wanted to explore their role in stocking generic medicines. We also wanted to assess if the promotion of generic medicines by government health services could be perceived by them as affecting their business interests.

Most of the pharmacists we interacted with, however, were confident that generic medicines are ineffective. They thought that most patients prefer good quality medicines (which in their opinion were synonymous with branded medicines) and that very few patients, according to them, obtained their medicines from generic drug stores or PHCs. In their assessment, even if inexpensive generic medicines were promoted, this would not have a major impact on their revenue.

Preliminary analysis of our survey reveals that an average household spends up to 600 Indian rupees ($10) per month on procuring drugs for hypertension and diabetes, which is more than a week’s wages for many people in rural India. Many families discontinue medication because of financial difficulties; see, for example, my colleague’s experience visiting a poor family with an elderly diabetic patient in southern India. Many of these families have no knowledge about generic drugs, where to buy them, their quality, and how they can be helpful in their NCD care.

An important component of good NCD care is sustained provision of good quality, low cost medicines, which should be accessible without further barriers. Several years after launching generic medicines and other schemes to improve access, medicine availability is still poor in rural India. This affects those with NCDs even more because of the need for lifelong medication in some conditions.

Good quality generic medicines supplied through the government’s PHCs could be a simple, yet effective, solution to this problem. Yet, PHC health workers struggle with a shortage of medicines, as well as the adverse perceptions of generic drugs among communities and health workers. We need better promotion and regulation of drug quality by the government if we want to improve access to medicines for poor patients in rural India.

Bhanu Prakash is a public health researcher at the Institute of Public Health, Bengaluru.